Air pollution and climate policies not in conflict 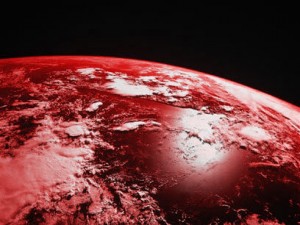 GLOBE-Net, October 30, 2014 – Air pollution policy does not undermine the long-term goals of climate change policy, a new study concludes. Although reductions in the pollutant sulphur dioxide could have some warming effects on the Earth’s temperature, the impacts are only short term and will never outweigh climate policy’s cooling effects.

Some researchers have raised concerns that air pollution policies may undermine policies to mitigate climate change. This is because a key air pollutant, sulphur dioxide, forms sulphate aerosols which reflect the Sun’s energy back into space and cause a cooling effect on the Earth’s atmosphere. Reductions in sulphur dioxide emissions could therefore lead to temperature increases.

While rising global temperatures will have many damaging environmental, economic and social impacts, it is also clearly important to reduce sulphur dioxide pollution. Sulphur dioxide is linked to health problems including chronic bronchitis, heart disease and asthma. Furthermore, not all air pollutants have a cooling effect; black carbon (soot) has a significant warming effect and air quality policies targeting this pollutant will benefit efforts to reduce climate change.

To investigate this complex issue, researchers used a simple climate model, MAGICC, and an energy-economy model, REMIND, which considers the effects of technology-specific fuel consumption and measures to control emissions. Different types of air pollution not only have different global warming properties, they also have different sources. For example, most sulphur dioxide is emitted from large-scale sources, such as power stations or industry, while most black carbon comes from small-scale sources, such as residential energy use or transportation.

They modelled the effects of climate change policy under all six air pollution scenarios, assuming a climate change RCP 2.6 scenario, a projection of greenhouse gas concentrations used by the Intergovernmental Panel on Climate Change.

The results show that air pollution policies do reduce aerosols which would otherwise help reflect the Sun’s energy back into space. This is especially so if only large-scale sources are targeted. This would partly counter climate change policies, which aim to limit global temperature rise.

Stringent air pollution policies are effective in reducing sulphur and aerosols, regardless of climate policy, the study says. However, these efforts are boosted by climate policies’ dual benefits. As a result of reduced fossil fuel combustion, air pollution also falls substantially.

Latest UN Climate Report Released – The News is Not Good