The investment, coupled with increased emphasis on energy efficiency, would scale-up renewable energy to 36 percent or more of the total energy mix globally by 2030, and put CO₂ emissions on a 450ppm path, keeping the global temperature increase at an acceptable threshold, according to the Agency’s new report, REmap 2030.

“We need to double the level of investment that we are seeing today to significantly scale-up renewable energy and reduce carbon emissions to an acceptable level,” Adnan Z. Amin, Director-General of IRENA, said at the meeting. “This level of investment together with energy efficiency measures will help mitigate the catastrophic impact of climate change.”

The annual investment includes investing in heating and cooling in stationary applications in the industrial, residential and commercial sectors. The majority of the investment needs to flow into wind power, hydropower and solar power. The benefits of the renewable energy transition partially outweight the investment needs. Global health-related costs would be reduced by $80-200 billion annually, and the global economy would see a net gain of 900,000 jobs by 2030. 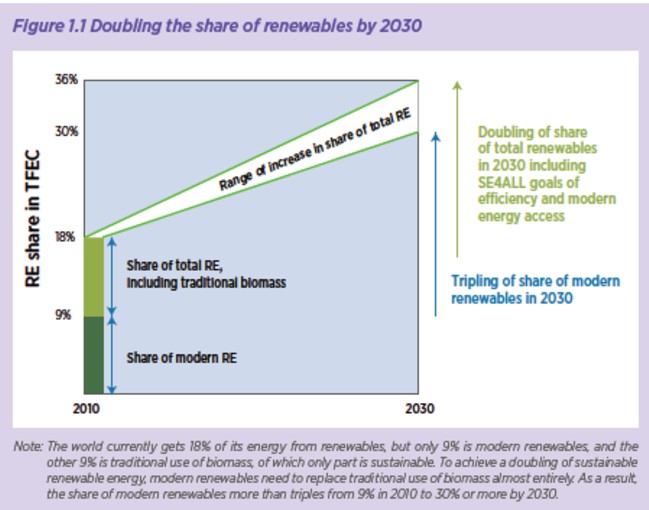 Now in its 11th edition, REFF Wall Street is the leading renewable energy financing forum in the United States, targeted at investors.

A full copy of the REmap 2030 report is available here

Satellite to zoom in on crucial carbon questions