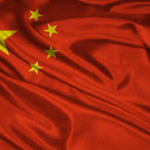 GLOBE-Net – November 13, 2014 – China’s strategy for securing its energy supply has been analysed in a new study. The author highlights key aspects of the country’s energy security strategy, focusing on overseas investment in oil and development of petroleum reserves and unconventional gas, including fracking.

Over the last two decades, China has shifted from being a net exporter to a net importer of fossil fuels. This has worldwide impacts. Since 2009, it has become the largest coal importer and second largest oil importer in the world, and its per capita carbon emissions are now approaching those of European countries.

Meanwhile, it has also been promoting wind energy, solar power and biofuels, aiming to reach a 20% share for energy from renewable sources by 2020.

This study focuses mainly on oil and gas. In 2011, 18% of China’s energy came from oil. However, more than half of the oil consumed was imported from other countries, largely the Middle East, Africa, Russia, Central Asia and Latin America.

The author examined China’s energy strategy with respect to three key components: investments in overseas oil; development of unconventional gas; and strategic petroleum reserves (SPRs). SPRs – a system for storing petroleum in government-controlled reserves – became an important component of China’s ‘Five-Year Program’ in 2001. ‘Unconventional’ gas reserves usually refer to those trapped in underground shale rock or coal, which can be released by hydraulic fracturing or ‘fracking’.

The current Five-Year Program, ending in 2015, is the first to suggest using unconventional gas. After conducting a literature review to analyse the Chinese government’s energy strategy, the author outlined findings under the three key areas:

 China has promoted overseas investment strongly. Since the early 1990s, more than $100 (€78.8) billion have been invested in overseas oil, largely in Africa, Central Asia, North America, South America and the Middle East. Government-supported national oil companies are more aggressive than private oil companies in these activities and have made most of the investments.

 China has an established SPR programme but current progress is slow. In phase 1 of the programme, completed in 2008, reserves at four sites collectively capable of storing 103 million barrels of oil were created. Phase II and III will add another 397
million barrels to the total.

 The Chinese government is supporting unconventional gas sector development. The country has large quantities of coal-bed methane (CBM) and shale gas, although the claimed reserves are far greater than the proven reserves. It plans that by 2015 CBM production and consumption will total 54 billion m3 and 6.5 billion m3 for shale gas (from a 2010 baseline of 0 for the latter). However, there are many technical and environmental challenges to achieving these targets. For shale gas, these include complicated geological, technical and environmental constraints, water shortages and costly extraction.

Despite these challenges, the author anticipates that, by 2030, CBM and shale could play important roles in boosting gas production in China.
The author highlights the fact that China has failed to reach its prior targets on energy efficiency, conservation, overall energy use, emission control, CBM development and development of certain renewable energy resources.

The government’s current plans to triple the size of SPRs, to encourage its national oil companies to invest in unconventional, deep water and oil-sands resources overseas, and the highly ambitious development plans for CBM and shale gas within China, emphasise the need for studies to address the components of China’s energy security strategy in more detail.