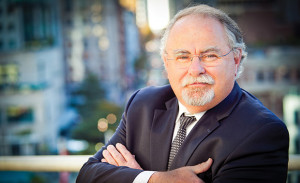 After years of frustratingly non-productive international negotiations on climate change, hopeful signs are emerging for global action to lower the level of carbon emissions entering the atmosphere.

The recently concluded UN climate talks in Lima Peru set out a series of deadlines for every nation to make known their plans to reduce greenhouse gas emissions and to adapt to climate change.

It was a modest achievement at best, but at least it set out a timetable for the 196 nations taking part in the global climate negotiations to make known their intentions.

By March 31, 2015 a draft legally binding international accord will be circulated to all member states.

By November 1, 2015 the UN climate Secretariat will announce whether the stated national plans are sufficient to keep global warming below the 2°C threshold scientists warn is the limit we must not exceed to avoid widespread environmental calamity.

Whether a legally enforceable accord will subsequently emerge from the final round of climate negotiations schedule for December in Paris next year is debatable. Many are skeptical that an inter-governmental rabbit can be pulled from the hat in Paris, but it could happen.

Against this backdrop new voices are being heard from the business community calling for more immediate action to contain the rise in global warming and to deal with the avoidable impacts of climate change.

The momentum of these calls for action has been building steadily. In June the ‘Risky Business Report’ from the non-partisan Risky Business Project showed that early investments in resilience and immediate action to reduce the causes of global warming will help businesses to avoid the worst impacts of climate change.

That report documented the costs of unmitigated climate change and gave businesses, investors and governmental policymakers hard edged information on the realities of the climate-related risks we all face.

At the recent United Nations Summit on climate change in New York many high level business leaders signaled their intention to take positive steps to reign in their carbon footprints.

Corporate giants such as Coca-Cola, Cargill, Walmart, McDonald’s, Nestle, Kellogg’s, General Mills, and Unilever were  joined by others in the high technology, finance and investment communities calling for action both in business and in government to marshal the technologies and capital needed to contain and eventually to reduce carbon emissions.

During that event companies such as IKEA, Swiss Re, Mars and BT, organized by the Climate Group, launched RE100, an initiative to encourage big companies to use 100% renewable power.

Even within the often criticized energy sector efforts are being made to reduce the carbon footprint of oil and gas extraction and to mitigate associated environmental impacts.

In many respects these private sector players appear better able to deliver on emission reduction commitments than are national governments.

Where governments tread slowly due to competing demands on limited resources and competing policy priorities, businesses can move with more agility to bring forward more energy efficient technologies and to lower their respective carbon footprints.

Why is this important?

Daily investment decisions are being made in boardrooms around the world that will have important consequences in terms of business survival and growth over the next few decades.

The realities of climate related impacts on the availability of raw resources, on agricultural production, on critical social and fixed infrastructure, and on the development and deployment of lower carbon intensive energy sources have become the everyday stuff of business.

The need for multi-sector business partnerships that lead to mutually beneficial economic and socially responsible action has never been more important.

Recognizing that reality and acting on it will lead us to a more sustainable future.

The growing number of companies committed to a cleaner economy is a positive sign that we can make a difference and that we can adapt positively to minimize the negative impacts of climate change.

But they can’t do it alone. The need for supportive public policies cannot be understated.

The recent agreement to cut greenhouse emissions by China and the United States was an important signal in this regard.

The top two global economies and the two largest greenhouse gas emitters agreed to cut emissions to 28% below 2005 levels by 2025 for the US and to peak CO2 emissions around 2030 for China and to expand zero-emission primary energy sources to 20% by 2030.

This is a clear message that businesses large and small must take into account in planning their own paths to sustainability.

Another important policy signal was the commitment by the European Union to reduce greenhouse gas emissions of 40% by 2030.

Similar signals at the national and sub-national levels of government are needed to unleash the enormous potential of private sector ingenuity and capacity for change.

Given the right policy environment and clarity with respect to regulatory rules of the road the private sector can, and I believe will, lead the way to a lower carbon future.

As 2014 draws to a close, I believe we have turned the page on an important chapter in our quest for a more sustainable world. Never before has there been such widespread realization that climate change is real, it’s here and it’s impacts are painfully immediate.

That is a solid foundation for progressive action by businesses, by governments and by the public at large to make 2015 the Year of Action for Climate Change.

Let us all work together to this end.

Climate impact on agriculture could lead to calamity

Global 500 emissions on the rise