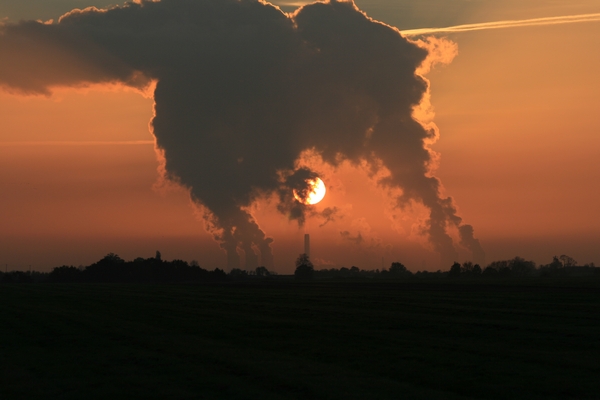 As countries build ever more fossil fuel power plants, they commit the atmosphere to rapidly increasing levels of carbon dioxide – the opposite of what governments say they intend.

LONDON, 28 August 2014 – Challenging news for those climate campaigners who believe that renewable sources of energy are on the increase: they may be, but so are carbon dioxide emissions.

Steven Davis of the University of California, Irvine and Robert Socolow of Princeton University in the US report in the journal Environmental Research Letters that existing power plants will emit 300 billion tons of additional carbon dioxide into the atmosphere during their lifetimes. In this century alone, emissions have grown by 4% per year.

The two scientists have already reported on the increasing costs of delay in phasing out fossil fuel sources of energy. This time they have looked at the steady future accumulation of carbon dioxide in the atmosphere from power stations.

“We show that, despite international efforts to reduce CO2 emissions, total remaining commitments in the global power sector have not declined in a single year since 1950 and are in fact growing rapidly,” their paper says.

“We are flying a plane that is missing a crucial dial on the instrument panel,” said Professor Socolow. “The needed dial would report committed emissions.

“Right now, as far as emissions are concerned, the only dial on our panel tells us about current emissions, not the emissions that capital investment will bring about in future years.”

Governments worldwide have in principle accepted that greenhouse gas emissions should be reduced and average global warming limited to a rise of 2°C.

The scientists asked: once a power station is built, how much carbon dioxide will it emit, and for how long? They assumed a functioning lifetime of 40 years for a fossil fuel plant and then did the sums.

The fossil fuel-burning stations built worldwide in 2012 alone will produce 19 bn tons of carbon dioxide over their lifetimes. The entire world production of the greenhouse gas from all the world’s working fossil fuel power stations in 2012 was 14 billion tons.

“Far from solving the problem of climate change, we’re investing heavily in technologies that make the problem worse”

The US and Europe between them account for 20% of committed emissions, but these commitments have been declining in recent years. Facilities in China and India account for 42% and 8% respectively of all committed future emissions, and these are rapidly growing in number. Two-thirds of emissions are from coal-burning stations. The share from gas-fired stations had risen to 27% by 2012.

“Bringing down carbon emissions means retiring more fossil fuel-burning facilities than we build,” Dr Davis said. “But worldwide we’ve built more coal-burning power plants in the past decade than in any previous decade, and closures of old plants aren’t keeping pace with this expansion.

“Far from solving the problem of climate change, we’re investing heavily in technologies that make the problem worse.” And Professor Socolow said: “We’ve been hiding what’s going on from ourselves. A high-carbon future is being locked in by the world’s capital investments.

“Current conventions for reporting data and presenting scenarios for future action need to give greater prominence to these investments.” – Climate News Network