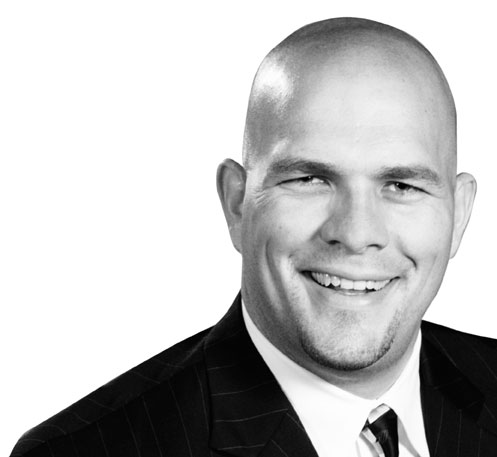 Rob Wesseling took on the EVP National P&C Product role in addition to role as COO of The Sovereign General (a role that he has held since June 2007) in November 2012. Prior to 2007, Rob successfully held a number of senior leadership roles with The Co-operators in areas including product design, pricing and segmentation, technology development, business information, client relationship management, and government relations.

GLOBE spoke with Rob about his work with The Co-operators Group and in-line with his participation at the upcoming GLOBE 2014 Conference, taking place in Vancouver, Canada, from March 26-28.

GLOBE: The magnitude and frequency of extreme weather events in North America has grown steadily over the last 15 years. In 2013, there was a record insurable loss of $3 billion in Canada alone, due largely to major flooding in Alberta and Ontario.  In general, how is the insurance industry in North America dealing with growing losses of such magnitude on an annual basis? What steps has The Co-operators taken to better prepare for the growing risks?

RW: The frequency and severity of extreme weather events in Canada has increased rapidly over the past two decades. To date the insurance industry has responded by adjusting rates and risk selection criteria and in some cases through the promotion of improved loss prevention like the use of back water valves in residential settings.

This increase in natural disasters (specifically water related) requires a broad based and coordinated response from a number of stakeholders including all three levels of government, builders, developers, lending institutions, insurers, reinsurers as well as home and business owners.

In simple terms Canadians need to model and monetize the natural disaster risk that they are exposed to. Base development and adaptation decisions on this knowledge and finally develop and appropriate solution to transfer the risk that remains.

To this end The Co‐operators is leading an effort to engage key stakeholders to accomplish these goals. Phase one of the work was completed in early June of 2013 and punctuated with a study focused on the viability of residential flood insurance in Canada. Phase two is now underway. This phase will engage a broad group of stakeholders and has the goal of gaining agreement on a set of actionable items that will improve the rate of climate change adaptation in Canada.

GLOBE: How does The Co-operators embed sustainability into its business and insurance practices? Do you think that having a “cooperative” business model / structure enhances your organization’s ability to embrace sustainability?

RW: The Co‐operators has traditionally had a significant focus on the betterment of Canadian Society. Over the last decade this focus was cast in the light of sustainability and as a result our focus on environment was enhanced. For several years we developed a sustainability strategy each year that was executed in parallel to our core strategic plan. This approach worked well for us and ensured that sustainability received the thought and action that was required. Recently we have made the decision to inculcate our sustainability strategy into our core strategic plan. As an organization we believe that we are no at a level of maturity of thinking and actions on this front that sustainability is and should be part of the thinking behind all of our decisions and processes.

GLOBE: The Co-operators recently partnered with Swiss Re and Aviva Canada to support a project on “Building Climate Resilience in Cities”, led by The Next Practice, Ceres, the University of Cambridge, and others.  Can you tell us a little about this project and its objectives? What were some of the key priorities that emerged from this work?

RW: The Building Climate Resilience in Cities project focused on three cities in North America – Boston, San Diego and Toronto. Through a partnership model, Ceres, Swiss Re, Aviva Canada and The Co‐operators convened a group of diverse senior stakeholders representing insurance, banking, investors, builders, developers, municipalities, non‐governmental organizations and community groups for a two‐day workshops. The purpose of the workshops was to raise awareness of the effect of extreme weather events on our cities and highlight the need for collaborative action to create more resilient cities. Three publications emerged from this process and are publically available (1) Building Resilient Cities – From Risk Assessment to Redevelopment (2) Building Climate Resilience in Cities: Priorities for Collaborative Action and (3) a tool kit with workshop materials. We will continue to engage with Ceres on future resilient city initiatives.

GLOBE: You will be joining other sustainability leaders from around the world at GLOBE 2014 this March 26-28 in Vancouver, Canada, as a speaker in a special session on Extreme Weather & Risk.  What message do you hope to bring to the international delegates and audience that will be attending GLOBE 2014?

RW: Climate change is a fact. Regardless of your view of cause more severe weather is unavoidable.  There is an immense amount of good work being done globally that is focused on climate change mitigation. In my mind not enough time, effort and resources are being focused on mitigation. My key message is a call to action for adaptation.

Rob Wesseling joined The Co-operators as an Application Architect in 1997 after completing his MSc. Applied Statistics from the University of Guelph. Rob took on the EVP National P&C Product role in addition to role as COO of The Sovereign General (a role that he has held since June 2007) in November 2012. Prior to 2007 Rob successfully held a number of positions in increasingly senior leadership roles with The Co-operators.  These roles covered a breadth of focus areas including product design, pricing and segmentation, technology development, business information, client relationship management and government relations.

At GLOBE 2014 Rob Wesseling will take part in a special session on  Managing Extreme Weather and Risks in Canada, along with:

Be sure to register early at GLOBE 2014 so as not to miss this important discussion. Check here for more details.

Cleantech Trends that will Change Our Future