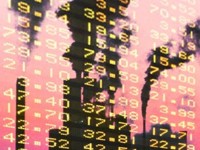 QUÉBEC CITY, May 30, 2014  – The Minister of Sustainable Development, the Environment and the Fight Against Climate Change, David Heurtel, today released the results of Québec’s third auction of greenhouse gas (GHG) emission units held on May 27. With the first joint auction with California just a few months away, the Québec system is proving its effectiveness.

Auction participants submitted bids for an amount equivalent to 102% of the number of emission units up for sale for 2014. As a result, 100% of the nearly 1.05 million units for 2014 were sold and a tiebreaker was used for assigning the last remaining units. There was also good news regarding future vintage (2017) emission units, since over 85% were sold. All units went for $11.39/tonne, which is on a par with the floor price set by the government.

“The high participation rates for purchasing both present and future vintage units is an indicator that emitters are taking the new market seriously and are already preparing for their future needs,” said Minister Heurtel.

The sale generated $26.8 million in revenue, for a cumulative total of $82.2 million since the first auction was held in December 2013. Revenues from the carbon market, estimated to reach more than three billion dollars by 2020, will be deposited into the Green Fund to finance the 2013-2020 Climate Change Action Plan and other policies that also impact Québec’s greenhouse gas emissions.

“The carbon market is among a series of measures aimed at combating climate change, transforming the Québec economy in a sustainable manner and gradually reducing our dependence on oil. The experience Québec is currently acquiring in this market, which will soon be fully operational with California’s, will put Québec companies in an advantageous position compared to competitors who delay upgrading their facilities to make them more efficient,” noted the Minister.

The next auction will be held on Tuesday, August 26, 2014. An official notice will be posted on the MDDELCC website 60 days prior to the auction, in compliance with regulations. The registration period will begin on the same day.

The Power to Change – Can renewable energy remake Alberta?