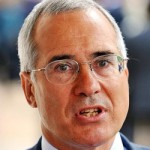 GLOBE-Net, June 16, 2014 – A new version of a standard economic model shows that the risks from unchecked climate change are bigger than previously estimated and strengthens the case for strong cuts in greenhouse gas emissions, according to a new paper by Simon Dietz and Nicholas Stern.

The paper, which has been peer reviewed and accepted for publication in a forthcoming issue of ‘The Economic Journal’, found that living standards could even start to decline later this century unless the growth in annual emissions of greenhouse gases is checked.

For the study, Dr Dietz and Professor Stern modified some key features of the ‘dynamic integrated climate-economy’, or DICE, model, which was initially devised by William Nordhaus in the 1990s, to take into account the latest findings and some of the uncertainties about the major risks of climate change that are usually omitted.

The standard DICE model has been used in a wide range of economic studies of the potential impacts of climate change, some of which have been cited in the Fifth Assessment Report of the Intergovernmental Panel on Climate Change.

Dr Dietz, co-director of the ESRC Centre for Climate Change Economics and Policy said: “While this standard economic model has been useful for economists who estimate the potential impacts of climate change, our paper shows that some major improvements are needed before it can reflect the extent of the risks indicated by the science. Our aim was to show how a new version of the model could produce a range of results that are much more representative of the science and economics of climate change, taking into account the uncertainties.”

He added, “The new version of this standard economic model, for instance, suggests that the risks from climate change are bigger than portrayed by previous economic models and therefore strengthens the case for strong cuts in emissions of greenhouse gases.”

The new model allows a wider range of values to be considered for climate sensitivity, which is the long-term change in global average temperature that would result from a doubling of the atmospheric concentration of carbon dioxide. The standard model usually assumes a single value for the climate sensitivity of about 3 centigrade degrees.

It also includes a broader range of potential climate impacts, because the standard model tends to underestimate the potential economic damage that could be created by climate change. The standard model implausibly suggests that a loss of global GDP of 50 per cent would only result after a rise in global average temperature of 18 centigrade degrees, even though such warming would likely render the Earth uninhabitable for most species, including humans.

On the other hand the new model includes the possibility that such damage could occur at much lower levels of global warming. Standard economic models rule out the possibility that global warming of 5 or 6 degrees above pre-industrial levels could cause catastrophic damages, even though such temperatures have not occurred on Earth for tens of millions of years. Such an assertion is without scientific foundation and embodies a false assumption that the risks are known, with great confidence, to be small.

In addition, the new model takes into account that climate change can damage the underlying drivers of economic growth, such as productivity, and not just economic output year by year. The standard model assumes that rising levels of greenhouse gases in the atmosphere only affect economic growth in a very limited way.

Professor Stern (pictured above) said: “It is extremely important to understand the severe limitations of standard economic models, such as those cited in the IPCC report, which have made assumptions that simply do not reflect current knowledge about climate change and its potential impacts on the economy.”

Regarding the new paper, he said “I hope our paper will prompt other economists to strive for much better models which will help policy-makers and the public to recognise the immensity the potential risks of unmanaged climate change. Models that assume that catastrophic damages are not possible fail to take account of the magnitude of the issues and the implications of the science.”