The Energy Revolution is Here 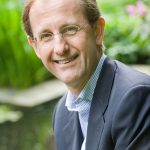 Jules Kortenhorst is the CEO of Rocky Mountain Institute

We live in an exciting time. Yes, glaciers are melting, sea levels are rising, and in my new home in the Western United States, earlier snowmelts, longer summers, and hotter temperatures have made wildfires 400 percent more frequent.

And yet, there are encouraging signs we are in the midst of an energy revolution that is sure to transform our climate, our economy, and our lives for the better.  Three trends in particular offer strong evidence:

1) the rapid and accelerating pace of renewable technology development, as shown by patent filings and product offerings,

2) the continued declining costs for those technologies, which makes them ever more economically competitive, and

3) the way that solutions are all combusting — so to speak — together through combinations that leverage the fuller potential of solutions, such as the combination of solar PV and battery storage.

Since 2004, growth in solar and wind patents has been especially fierce, reaching respective 13 percent and 19 percent annual growth rates that match or exceed those of technologies such as semiconductors and digital communications, according to researchers.

And though global investment in clean energy fell for the second straight year, from a record high of $318 billion in 2011 to $254 billion in 2013, renewable-energy costs fell even more, so global capacity additions actually rose over the same two years.

For all clean-energy new build, BNEF forecasts 37 percent higher capacity additions in 2015 than in 2013 based on projects currently in the pipeline.

The cost for renewable technologies, meanwhile, is coming down rapidly. The cost of electricity from onshore wind facilities, after a decade of higher prices, is back to near historic lows and the unsubsidized levelized cost of energy for the most cost-effective new wind projects beats all forms of generation, fossil-fueled or otherwise, except efficiency. Solar PV modules have dropped in price by about 80 percent since 2008, with total installed cost for systems falling about 40 percent over that same period. And the cost of LED lights has fallen by more than 85 percent over the past five years, and battery storage costs have dropped by more than 40 percent.

Those cost declines, meanwhile, are spurring greater and greater adoption, driving costs even lower through scale and competition. In the decade from 2004 through 2013, global electricity generation from wind and solar PV grew 853 percent to 753 TWh, including 1,200-plus-percent growth in the U.S. Electric vehicle sales are scaling twice as fast as hybrid cars did at the same point in their respective histories since market introduction. And corporations are investing heavily in renewables.

Global companies like IKEA, Google, Apple, Facebook, Salesforce, and Walmart have committed to 100 percent renewable power. Apple is operating the largest privately owned solar installation in the U.S. at one of its data centers. Facebook is building a wind farm to power one of its data centers with 100 percent wind energy. And Walmart is covering rooftop after rooftop of its stores with solar panels.

The most exciting thing, though, isn’t the rapid pace of renewable technology development or the equally rapid decline in those technologies’ costs or any other individual factor. It’s the way myriad technologies and trends are converging to transform global energy use.

For example, electric vehicles and their battery technology — and companies such as SolarCity and Tesla — are for the first time truly bridging the divide between the electricity and transportation sectors. Lithium-ion battery developments and price declines driven by the automotive sector are crossing over into stationary residential applications; clean solar power is providing an alternative to fossil fuels for cars that once burned only gasoline or diesel; and vehicle-to-grid technologies are offering firming capacity for variable renewables and ancillary grid services such as frequency regulation.

A 2013 Department of Energy report analyzing the growth in solar, wind, electric vehicles, and LED lighting stated, “The trends in each sector show that the historic shift to a cleaner, more domestic, and more secure energy future is not some far away goal. We are living it, and it is gaining force.” We hope you will join us in this exciting time, to be part of this historic shift, and help accelerate this critical transition. People say that an energy revolution is coming. We at RMI say the energy revolution is here.

Jules Kortenhorst is the CEO of Rocky Mountain Institute and a past speaker at GLOBE 2014. Follow Jules on Twitter. This article is from the Summer 2014 issue of Rocky Mountain Institute’s Solution Journal and is reprinted here with the kind permission of the author. To read more from back issues of Solutions Journal, please visit the RMI website.

Diet for a small planet