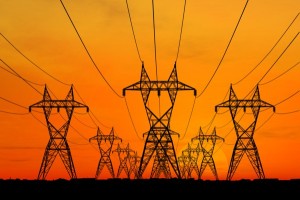 The European Union, nervous about Russia cutting off gas supplies and keen to cut emissions by developing renewable energy sources, aims to link all its 28 member states to one electricity grid.

LONDON, 5 November, 2014 − An electricity super grid is being planned to connect all 28 European Union countries and provide them with insurance against power blackouts.

Forty leading organisations from research, industry, utilities and grid operators are combining in a €63 million research program aimed at incorporating all renewable energies into a super grid that can balance intermittent sources of electricity and ensure uninterrupted supplies.

It is part of a wider European Union policy to make the 28 states less reliant on imports of power. States along the border with Russia are particularly concerned about over-reliance on gas pipelines from Siberia, which have been turned off periodically in the recent past because of disputes over prices.

The new supergrid research will not bear fruit until 2018, but the EU is already spending billions on new inter-connectors between states. These are to prevent states being threatened with being cut off from Russian gas − and also to help outposts such as the UK, whose energy policies are in disarray.

Under the Connecting Europe Facility, a total of €5.85 billion has been allocated for connectors between states in the period 2014 to 2020. To be eligible for a grant, a scheme has to enhance security of supply, reduce carbon emissions, and benefit at least two member states.

Grants are normally up to 50% of the cost of the project, but can be up to 75%. Part of the latest round of grants totaling €647 million has gone to help gas projects in the Baltic States, and Central and South Eastern Europe, which have in the past been heavily reliant on Russian imports. These regions will get new terminals to import liquefied natural gas from other sources.

But aside from what is short-term nervousness about Russian gas supplies, the main thrust of the European policy is to provide a grid that can make the best use of renewables, and so cut the continent’s greenhouse gas emissions.

The British government received €75 million towards electricity inter-connectors between states, one of which will be the longest proposed sub-sea electricity cable in the world, between Norway and the UK.

A grant of €40 million will also link the UK to Norwegian hydro-power, and to two new inter-connectors to France.

One of these will be to provide power to the UK from a proposed tidal generation project in the Channel Islands. These small islands have massive currents between them that could produce large quantities of renewable energy, but need a way of exporting it to market. Undersea cables could provide links to France and to the UK.

Together, the new projects will double the amount of power the UK will be able to import from overseas.

Edward Davey, the UK’s Energy Secretary, said: “This is excellent news for the UK and Europe. The Commission’s decision to fast track funding is a real boost to getting these projects built.  It will help strengthen energy security and deliver lower energy bills.”

There is a large range of different policies in European governments about how to deal with electricity supplies and climate change.

The French are currently increasing renewables, and reducing reliance on nuclear power from 78% to 50%, while Germany is phasing out nuclear altogether. But the UK wants to build nuclear plants and is cutting grants for renewables, even though it already has the largest offshore wind farms in the world.

Despite these differences, all EU nations agree that a grid that connects all member states is essential so that surpluses in one area can be passed to others.

The Norwegians, for example, have too much hydro-power at certain times of the year during snowmelt, but too little during summer droughts. Denmark, which was a pioneer in wind power, already exports some of its surplus to Germany.

One of the fast-growing new sources of power are offshore wind farms, but these require new grid connections and are often remote from the cities that most need the electricity.

Part of the research taking place is into ways of using super-conducting cables and direct current in new grids so the power can be transferred long distances with losing voltage on the way. – Climate News Network

Bill Ford charts a course for the future

Climate Finance for Cities and Buildings: A Handbook for Local Government