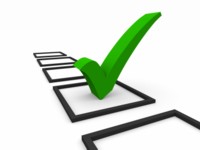 GLOBE-Net, October 23, 2014 – A global analysis released last month by the National Geographic Society and GlobeScan finds that concern about environmental problems has increased in most countries surveyed, and that more people now expect global warming will negatively affect them during their lifetime than in 2012.

Despite this, however, National Geographic’s Greendex, a comprehensive measure of consumer behavior in 65 areas related to housing, transportation, food and consumer goods, shows that sustainable consumer behavior has only grown slowly.

Results of the 2014 Greendex, a collaboration between National Geographic and global research consultancy GlobeScan, were released today in Boston at the Sustainable Brands New Metrics ’14. Greendex 2014 surveyed 18,000 consumers in 18 countries and is the fifth iteration of the survey, which was first fielded in 2008.

The complete results of the Greendex are online at www.nationalgeographic.com/greendex

“The 2014 Greendex provides increased insight into what the drivers are for consumers to engage in more environmentally friendly behavior, such as peer influence and helping people see the connections between humans and the environment. This year we have seen that, although change is coming slowly, consumers are showing positive change in their attitudes about sustainable food choices; this data can help inform behavior change in other sectors.”

Eric Whan, who directs the Greendex project at GlobeScan, added, “It’s vital that all actors work together to enable substantive reductions in the environmental impact of consumer behavior around the world. The research underlines that consumers need more encouragement from peers as well as enabling products and services and better leadership from companies and governments to lighten their own impact. That’s why the Greendex is so important.”

The Greendex was launched in 2008 to inform consumers worldwide and motivate sustainable choices.

It explores individual consumer behavior and material lifestyle of 18,000 consumers in 18 countries around the world (14 in 2008), and measures the specific choices and behaviors that contribute most to a consumer’s overall ecological impact — for example, the type of car you drive, the way you heat your house, the kind of foods you eat. A complex algorithm is applied to results to generate an index score — a Greendex score — for each individual respondent, which reflects the relative environmental impact of his or her consumption patterns.

Individual scores are averaged to create a mean score for consumers in each country. Combined with questions about cultural drivers and perceptions, the Greendex gives a comprehensive view into the state of sustainable consumption.

Consumers can calculate their own Greendex scores on the National Geographic website and compare their scores to other consumers around the world: http://environment.nationalgeographic.com/environment/greendex/calculator/

They can also examine the Greendex survey results by country, measure their knowledge of green issues and get tips on living a more environmentally friendly lifestyle:www.nationalgeographic.com/greendex