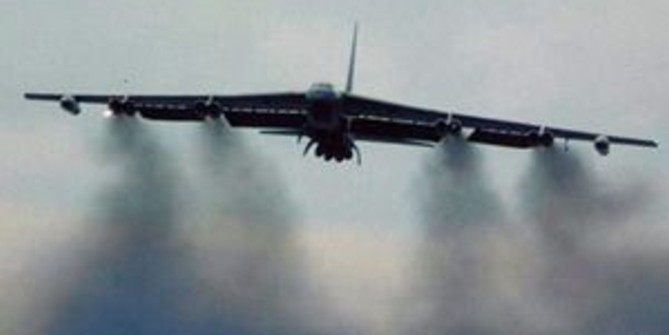 Emissions from planes are a major clause of climate change, yet they remain unregulated. Can they be curbed in time to protect the planet?

OREGON, 1 January, 2015 − If commercial aviation were a country, it would rank seventh in global greenhouse gas emissions according to a recent report by the International Council on Clean Transportation (ICCT).

The aviation industry is growing so quickly that its greenhouse gas (GHG) emissions are expected on present trends to triple globally by 2050. The industry itself is committed to reducing its emissions, but technological and political constraints are hindering rapid progress.

Technologically, the fate of aviation GHGs depends on how much more fuel-efficient airplanes can become, and how soon lower-carbon fuels can be made available at a palatable cost.

Politically, it depends on whether the United Nations International Civil Aviation Organisation (ICAO) can establish agreement among member states on a regulatory mechanism, which in turn may depend largely on whether – and when – the US Environmental Protection Agency (EPA) chooses to regulate aviation emissions.

A final unknown is whether the sector’s efforts can produce results in time to  avoid climate catastrophe.

By 2050, the aviation industry aims to halve its CO2 emissions compared with 2005 levels, says Steve Csonka, executive director of the Commercial Aviation Alternative Fuels Initiative, a US public-private partnership.

While this type of fuel can, in principle, be used in jet engines today, Csonka says the most important goal in the near term is to develop alternatives to petroleum-based fuel “at a reasonable price point”. A few airlines are buying alternative fuels at a higher price to encourage the market, Csonka adds, but widespread adoption awaits competitive pricing.

Aviation fuel efficiency has been increasing, but it is not keeping pace with the sector’s growth. The ICCT report finds there was no improvement between 2012 and 2013, and that the gap between the most and least efficient airlines widened − with American Airlines burning 27% more fuel than Alaska Airlines for the same level of service.

This gap suggests the industry could reduce GHG emissions significantly if the least efficient airlines would emulate the most efficient, says Daniel Rutherford, the ICCT’s programme director for aviation and a co-author of its report. Most of the reductions so far have come from carrying more passengers per flight, replacing old engines and buying new, more efficient planes.

Like most businesses, airlines don’t want to replace equipment until it makes economic sense. Nor does the industry want to be pinned to standards like those in the US auto industry, which would force “airplanes to improve to a certain degree every year or x number of years”, Csonka says.

Such standards “completely overlook the capital ramifications” for the airlines, he adds, and companies’ profitability is a major factor in the pace at which they can replace old equipment. But the ICCT report suggests that airlines that have spent the most on new, efficient planes are also the most profitable.

Airplanes are at a disadvantage compared with vehicles and power stations. At present there are no low-carbon or no-carbon technologies − such as solar, fuel cells, nuclear reactors, electricity, or hydrogen combustion − that will work for aviation. Nor are there market-ready radically different airframe or engine designs.

Fuels derived from plants such as switchgrass, corn and algae can be used in existing engines, but to provide the same energy they need to be “essentially identical” to petroleum-derived kerosene, Csonka says. And if their hydrocarbon structure is the same, burning them will emit the same GHGs.

The advantage of synthetics, Csonka adds, is that “we are pulling recycled carbon out of the biosphere and not out of the ground”, which reduces the net carbon footprint − provided the fuels’ production does not generate too many GHGs itself.

For the foreseeable future, this is the best that can be expected from alternative fuels. This means there is a limit on how much aviation’s net GHG emissions can be reduced, even with alternative fuels, as long as the commercial airline fleet changes only incrementally and no major technological breakthroughs reach the market.

However, there are new engines, materials and aircraft designs now available that can make a big difference, Rutherford says: “We project that the fuel burn for new aircraft can be reduced by as much as 45% in 2030 through pretty aggressive technology and development, better engines, improved aerodynamics and lighter materials.”

Campaigners would like to see regulation obliging the industry to increase efficiency by improving faster.

The ETS, which came into effect in 2012, charges airlines for their emissions in European Economic Area airspace. When non-EU airlines protested, the European Commission temporarily exempted flights to or from non-EU airports but still charged for emissions within EU airspace.

Washington, one of the most energetic lobbyists against the charges, forbade its airlines by law from paying the EU fees. The US also threatened trade sanctions, and China suspended its orders from European airplane manufacturer Airbus. There is now a moratorium on extra-EU carbon charges, pending the results of the next ICAO meeting in 2016.

But despite the EU’s surrender to foreign pressure, many observers think the dispute has increased pressure on the ICAO to devise a meaningful emissions reduction programme.

The ICAO’s actions are expected to be closely co-ordinated with those of the US Environmental Protection Agency. Within the US, GHGs are regulated by the EPA under the Clean Air Act, which requires action if an air pollutant is found to endanger the public. The US Supreme Court ruled in 2007 that GHGs are pollutants.

Several US environmental NGOs say the EPA is dragging its feet on deciding “whether emissions cause or contribute to air pollution which may reasonably be anticipated to endanger public health or welfare”.

It has refused repeated requests for an interview with an expert source and says it does not see the need for an interview. The agency expects to issue any regulations in 2016 − presumably in time for the ICAO meeting.

But there is no doubt that the EPA will have to produce an endangerment finding and eventually issue a regulation, says Vera Pardee, an attorney for the Center for Biological Diversity who worked on the NGOs’ notice to the EPA.

In 2013 the ICAO committed to what the Center for Climate and Energy Solutions calls “an aspirational mid-term goal of zero carbon emissions growth for the aviation industry beginning in 2020”. In addition, Csonka says, the aviation industry has accepted the notion of “a market-based mechanism to offset if we miss that goal in an international environment. Our industry will have carbon monetised from 2020 onward to some degree.”

Yet time is vital, and there is a risk that action taken by governments and industry may be politically feasible but scientifically ineffectual. There is no guarantee that the 2016 ICAO meeting will result in binding obligations.

In the meantime, the Intergovernmental Panel on Climate Change currently aims at a 40%-70% drop in total global GHG emissions by 2050 to avoid a greater than 2˚C rise in global temperature. In January 2013, climate scientist Thomas Stocker warned in the journal Science that delayed action results in the “fast and irreversible shrinking, and eventual disappearance, of the mitigation options with every year of increasing greenhouse gas emissions”.

But the next two years are likely to see a firming up of the aviation industry’s commitment to GHG reductions and some sort of international mechanism to charge for emissions.

There are signs that industry experts and green advocates are cautiously optimistic. “I see the EPA’s domestic regulation of the airlines as a real catalyst for global action,” says Pardee. “If the EPA acts, the rest of the world will have to follow”. And Csonka adds: “The future is somewhat bright.” – Climate News Network

Valerie Brown, based in Oregon, US, is a freelance science writer focusing on climate change and environmental health. She is a member of the National Association of Science Writers and Society of Environmental Journalists.

Back in the News – Climate coverage returns to its 2009 peak