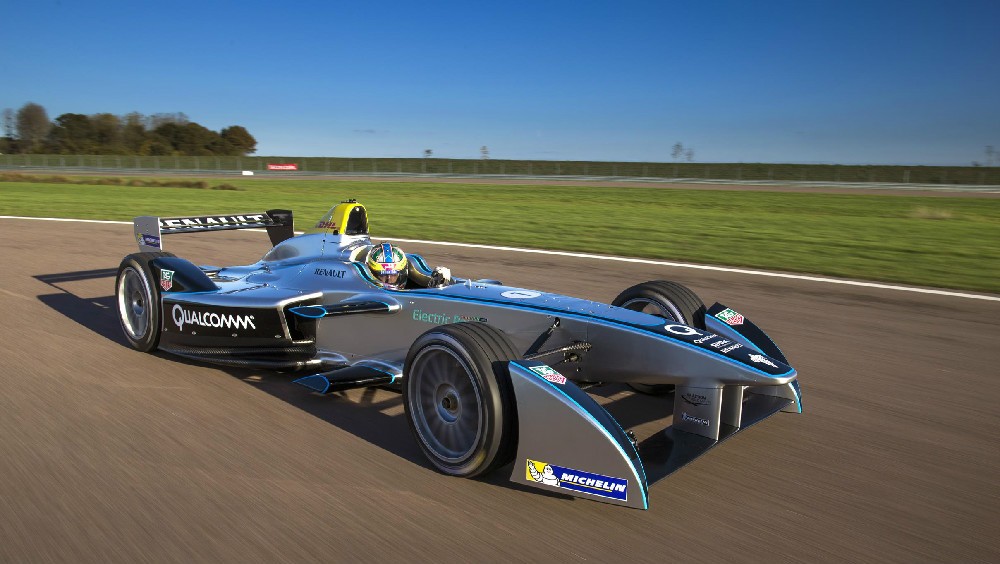 GLOBE-Net, September 11, 2014 – Just a few days remain before the latest chapter in a new form of auto racing begins.

On September 13 Beijing China will host a Formula E race, an event that will go down in history as the first all-electric international motorsport competition.

Formula E, officially the FIA Formula E Championship, is a new class of auto racing, sanctioned by the Fédération Internationale de l’Automobile (FIA).  The “formula”, designation refers to the set of rules with which all participants’ cars must comply.  Formula E is the highest class of competition for one-make, single-seat, electrically-powered racing cars.

The series was conceived in 2012, and the inaugural championship will take place commencing in September 2014 through to June 2015 competing in the heart of ten host cities around the world – Beijing, Putrajaya, Punta del Este, Buenos Aires, Long Beach, Miami, Monte Carlo, Berlin and London.  One event venue has yet to be announced.

Ten teams, each with two drivers, will go head-to-head creating a unique and exciting racing series designed to appeal to a new generation of motorsport fans. The race will feature two top female racers, Italy’s Michela Cerruti and Britain’s Katherine Legge, one of the FIA’s Women in Motorsport Ambassadors.

Both will line-up on the grid of the purpose-built street circuit located around China’s iconic ‘Bird’s Nest’ Olympic Stadium.

Operating as an ‘open championship’, the series gives car manufacturers and constructors the opportunity to showcase their electrical energy innovations in a racing environment, designing cars to the technical specifications set out by the FIA.

The Championship centers around three core values of Energy, Environment and Entertainment, and is a fusion of engineering, technology, sport, science, design, music and entertainment – all combining to drive the change towards an electric future.

Beijing first featured in an internationally recognized car race over 100 years ago. Then known as Peking, the city was the starting point of the Peking to Paris rally in 1907. Five cars took part in the event that was won by the Italian Prince, Scipio Borghese driving a four-cylinder Itala.

Attention will turn back to the streets of Beijing this weekend, when against the stunning backdrop of Beijing’s world famous Olympic Park, Formula E racing will make its world debut. The track is 3.44km long and features 20 corners – the perfect surroundings to demonstrate the capabilities of the Spark-Renault SRT¬_01E, the official vehicle sanctioned for the race.

All teams have been supplied with the Spark-Renault SRT 01E electric racing car built by Spark Racing Technology. The chassis has been designed by Dallara, with an electric motor developed by McLaren. The battery system was created by Williams F1 and a Hewland five-speed gearbox. Michelin will be the official tire supplier. So far, 42 electric cars have been ordered by the FIA.

“The Beijing track is an amazing facility,” says Audi Sport Abt driver Lucas di Grassi. “For the drivers, it will be a tremendous challenge to learn the limits of this track quickly, as well as to understand the best overtaking opportunities.”

“The circuit will also require lots of traction and braking stability, while the energy recuperation at braking zones will help to stabilize the car. Also, it will be our first ever race, so all the drivers will be raring to go! ”

More information on the race, the drivers and the ten city venues is available here.

Pure Technologies to expand presence in oil and gas sector