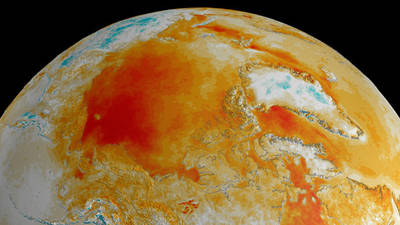 GLOBE-Net, January 16, 2015 – Four of nine planetary boundaries have now been crossed as a result of human activity, says an international team of 18 researchers in the journal Science.

The scientists say that two of these, climate change and biosphere integrity, are “core boundaries” – significantly altering either of these would “drive the Earth System into a new state”.

The team will present their findings in seven seminars at the World Economic Forum in Davos (21-25 January).

The concept of planetary boundaries, developed by a global community of scholars with participation of the Potsdam Institute for Climate Impact Research (PIK) and first published in 2009, identifies nine global priorities relating to human-induced changes to the environment. 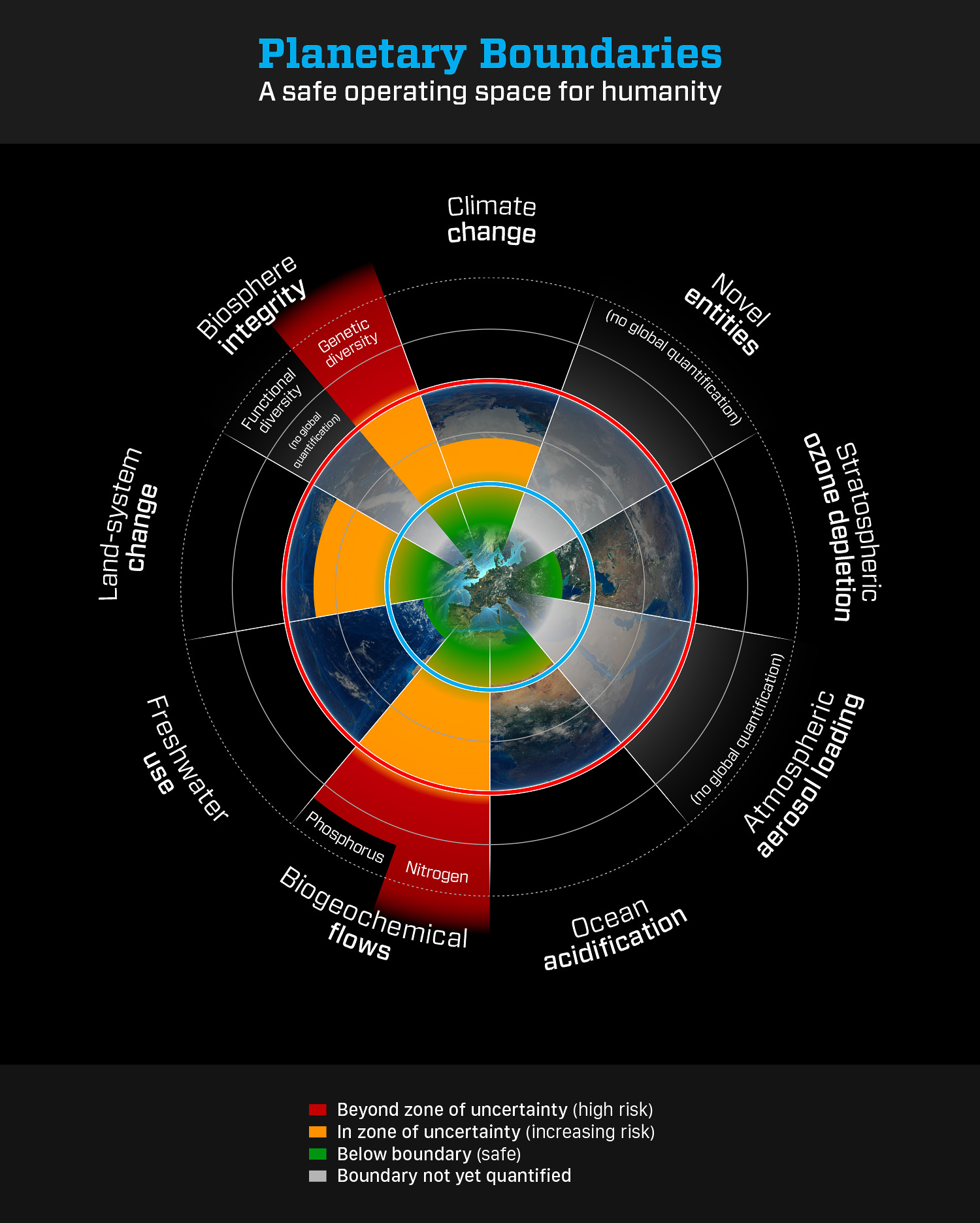 The science shows that these nine processes and systems regulate the stability and resilience of the Earth System – the interactions of land, ocean, atmosphere and life that together provide conditions upon which our societies depend.

The new research confirms the original set of boundaries and provides updated analysis and quantification for several of them (see table at end). To achieve some of these quantifications, a PIK computer model (LPJmL) simulating human impacts on Earth’s water resources and ecosystems was key.

“Transgressing a boundary increases the risk that human activities could inadvertently drive the Earth System into a much less hospitable state, damaging efforts to reduce poverty and leading to a deterioration of human wellbeing in many parts of the world, including wealthy countries,” said lead author Will Steffen from the Stockholm Resilience Centre,. “In this new analysis we have improved our quantification of where these risks lie.”

Even some boundaries that have not yet been crossed at the planetary scale were found to exceed regional tolerance limits, such as freshwater use in the western US and in parts of southern Europe, Asia and the Middle East.

“The challenges for society to stay within several planetary boundaries require balanced policies,” said co-author Dieter Gerten of PIK. The boundaries are closely interlinked, and preventive measures relating to one of them can have negative repercussions on another one.

“For example, if irrigation was reduced to stay below the boundary for freshwater use, cropland may have to be expanded as a compensation measure, leading to further transgression of the boundary for land-system change,” Gerten explained.

“Implementing methods to use water more efficiently in agriculture can help sort out this dilemma and at the same time increase global food production.”

Regarding climate change, the team argue that carbon dioxide levels should not cross 350 parts per million (ppm) in the atmosphere. The current level is about 399 ppm (December 2014), growing by about 3 ppm per year.

“This boundary is consistent with a stabilisation of global temperatures at about 1.5 degrees above pre-industrial levels,” said co-author Professor Johan Rockström, director of the Stockholm Resilience Centre, who will present the new findings at the World Economic Forum.

In December, nations will meet in Paris to negotiate an international emissions agreement to attempt to stabilise temperatures at 2 degrees above pre-industrial levels.

“Our analysis suggests that, even if successful, reaching this target contains significant risks for societies everywhere,” said Rockström. “Two degrees must therefore be seen not only as a necessary but also a minimum global climate target.” 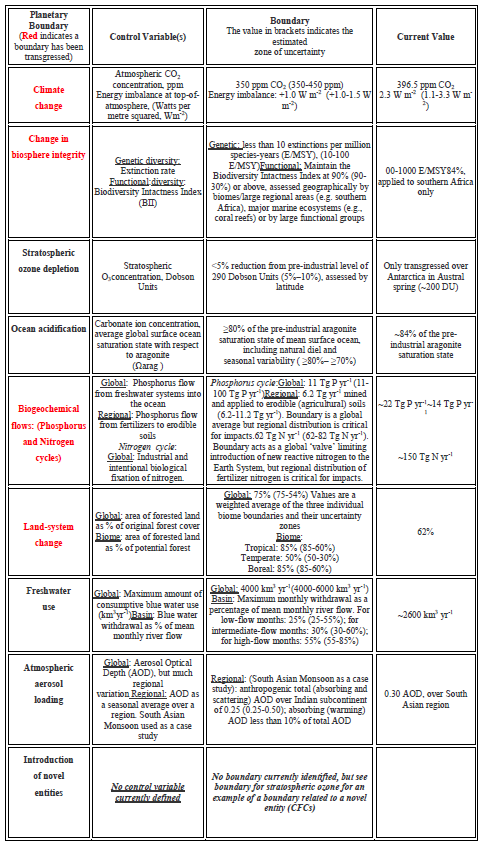 Weblink to the journal article: