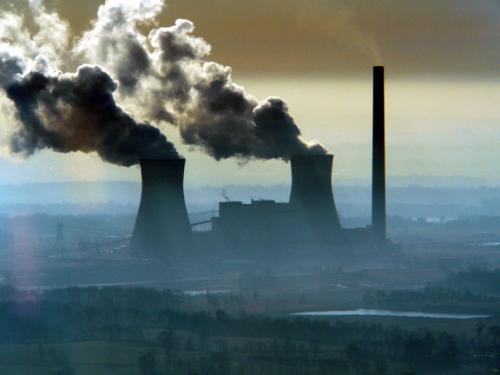 World is further away from a climate agreement today than when Kyoto Protocol was adopted.

Norwegian researchers warn that hopes of getting an effective agreement on climate control will slip further away unless key polluting countries get serious about emissions reductions – and face sanctions if they don’t comply.

LONDON, 23 August, 2014 − An effective treaty to reduce greenhouse gas emissions will probably remain elusive, according to a new research study, because the steps likely to win political agreement would be ineffective, while those that could produce results would be politically unfeasible..

In fact, the Norwegian researchers conclude, the world is actually further away from an effective climate agreement today than it was 15 years ago, when the Kyoto Protocol was adopted.

The research is the work of a team from the Centre for International Climate and Environmental Research – Oslo (Cicero) and Statistics Norway, the country’s Central Bureau of Statistics.

The key question the researchers asked was what conditions could achieve an international agreement that would substantially reduce global climate emissions, in view of the extremely slow progress in the UN negotiations. They concluded that there is little basis for optimism.

Professor Jon Hovi, of the University of Oslo and Cicero, headed the project. He says there are three essentials for a robust agreement:

* It must include all key countries − in other words, all the major emitters.

* It must require each member country to make substantial emissions cuts.

* Member countries must actually comply with their commitments.

While emissions cuts benefit all countries, he says, each country must bear the full costs of cutting its own emissions. So each is sorely tempted to act as a “free rider” − to enjoy the gains from other countries’ cuts while ignoring its own obligations.

“Cutting emissions is expensive, and powerful interests in every country proffer arguments as to why that particular country should be exempted,” Professor Hovi explains. “This inclines the authorities of all countries to take decisions that make them free riders.”

The researchers identified five types of free rider. Some countries − the US, for example − never ratified the Kyoto Protocol. Others, such as Canada, ratified it but later withdrew.

Developing countries ratified the Protocol, but it did not require them to make any cuts. The countries of Eastern Europe also ratified Kyoto, but it cost them nothing as their transition from a centrally-planned economy to a market economy meant their economies could not afford to cause significant emissions anyway.

Finally, the team says, some of the countries that accepted relatively deep commitments under Kyoto may have failed to live up to it. The final compliance figures are not yet available.

“We must eliminate free riding,” Professor Hovi says. “Each and every country must be certain that the other countries are also doing their part. It’s the only viable option.”

He thinks any country avoiding its treaty commitments must face consequences: “Free riding must be met with concrete sanctions. The question is what type of enforcement could conceivably work and, if such a system exists, would it be politically possible to implement it.”

He and his colleagues recommend financial deposits, administered by an international secretariat. At ratification, each country would deposit a significant amount of money, and continue to do so annually until the agreed emissions reductions start. The total amount deposited by each country should match the cost of its commitments.

At the end of the reduction period, those countries that had met their cuts targets would receive a full refund of their deposit, plus interest. Those that had failed to do so would forfeit part or all of it.

But Professor Hovi concedes that not only would there be several practical problems with such a scheme, but there is little chance that it would be adopted anyway, because strict enforcement of an agreement is not politically feasible.

The researchers say that some countries – such as the US – support international systems of enforcement that can safeguard compliance with an agreement. “At the same time, other key countries have stated a clear opposition to potent enforcement measures – either as a matter of principle or because they know that they will risk punishment,” Professor Hovi says.

“For example, China opposes mechanisms that entail international intervention in domestic affairs as a matter of principle. China is not even prepared to accept international monitoring of its own emissions.

“The UN principle of full consensus allows countries opposed to enforcement measures to prevail by using their veto right during negotiations.”

Governments will try to revive hopes that agreement can be reached on an effective climate treaty when the UN Framework Convention on Climate Change (UNFCCC) meets in Paris late in 2015. − Climate News Network