Is there a future for coal?

Coal continues to be under fire for loading up earth’s atmosphere with greenhouse gases. 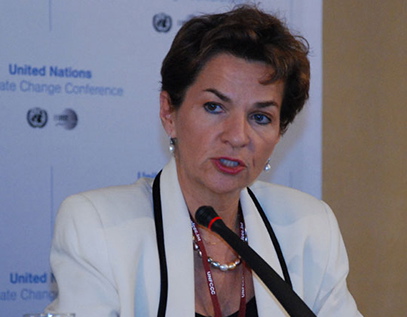 Speaking at an International Coal and Climate Summit this week, Christiana Figueres, the UN’s top climate official bluntly told the coal industry it has to rapidly transform itself across the entire coal value chain and be part of the solution to global warming, not the cause of it.

She softened the blow somewhat by recalling the historic role of coal as the key energy source of the developed world’s Industrial Revolution and the current provider of affordable energy to Third World economic development.

She said that it is acknowledged that society has benefited from coal-fuelled development, but that Science confirms now that the cost to human health and the environment is too high.

Figueres noted that it contains the climate related findings of over 200 lead authors synthesizing the work of 600 scientists who analyzed 9000 peer-reviewed publications – arguably the most rigorous scientific report on climate change ever written.  And those findings have been endorsed by 195 governments, including all nations wherein the coal industry operates.

“Development banks have stopped funding unabated coal. Commercial financial institutions are analyzing the implications of unburnable carbon for their investment strategies. Pricing of GHG emissions is on the rise, evidenced by trading markets coming online around the globe. And, international policy is moving us toward a global low-emission economy,” said Figueres.

Essentially she invited coal industry leaders to be part of the climate solution by retiring old coal power plants, capturing and storing carbon from new plants and leaving most of the world’s existing reserves where they are.

She agreed that these are not minor changes for the coal industry and that many would say that the industry’s transformation cannot be achieved.

Comparing coal’s challenges to John F. Kennedy’s call to put a man on the moon in ten years at a time when no one knew how it could be done, she said, “We must transform coal with the same determination, the same perseverance, the same will. We must be confident that if we set an ambitious course to low-emissions, science and technology will rapidly transform systems. Above all, you must invest in this potential, because the coal industry has the most to gain by leveraging the existing capital, knowledge and capacity to transform itself.

Figueres went so far as to ask coal industry leaders to consider themselves “long-term energy supply leaders” and to diversify their business portfolios to go beyond coal to invest in renewable energy sources.

“By diversifying beyond coal you can deploy your disciplined, courageous and technically skilled workforce into new renewable energy jobs, transforming your companies from within,” she explained.

“We must urgently take the steps that put us on an ambitious path to global peaking by the end of this decade, and zero-net emissions by the second half of the century. Steps that look past next quarter’s bottom line and see next generation’s bottom line, and steps to figure health, security and sustainability into the bottom line.”

How leaders of the coal industry will respond to this call for rapid transformation will determine the future of this traditional energy source.

The Changing Energy Landscape will be discussed at GLOBE 2014 taking place March 26-28, 2014 in Vancouver Canada, where practical solutions and innovative emission-reducing technologies will be on display. Check here for more information.

The IPCC has produced a video on its Fifth Assessment Report (AR5). The first part on the Working Group I contribution to AR5 is now available. The other parts will be released with the successive approvals of the other two Working Group contributions and the Synthesis Report in the course of 2014.

Ontario to be first jurisdiction in North America to ban coal