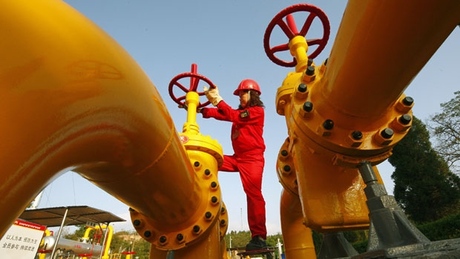 MONTREAL, 10 June – Driven by booming demand, the “Golden Age” of natural gas that is now firmly established in North America will expand to China over the next five years, the International Energy Agency (IEA) said in its 2014 Medium-Term Gas Market Report released today. The projected near-doubling of Chinese gas demand through 2019 compensates for a slight slowdown in growth in many other areas of the the world, the report said.

The annual report, which gives a detailed analysis and five-year projections of natural gas demand, supply and trade developments, sees global demand rising by 2.2 percent per year by the end of the forecast period, compared with the 2.4 percent rate projected in last year’s outlook.

Liquefied natural gas (LNG) will meet much of this demand, with new pipelines also playing a role. In a shift away from the traditional dominance of state-owned suppliers, private-sector operators in Australia, Canada and the United States are taking the lead in the expansion of the LNG trade, which is expected to grow by 40% to reach 450 bcm by 2019. Half of all new LNG exports will originate from Australia, while North America will account for around 8% of the global LNG trade by 2019.

“We are entering the age of much more efficient natural gas markets, with additional benefits for energy security,” IEA Executive Director Maria van der Hoeven said as she presented the report at the Conference of Montreal. “While demand growth is driven by the Asia-Pacific region – and especially China – supply growth for the international gas trade is dominated by private investments in LNG in Australia and North America.” 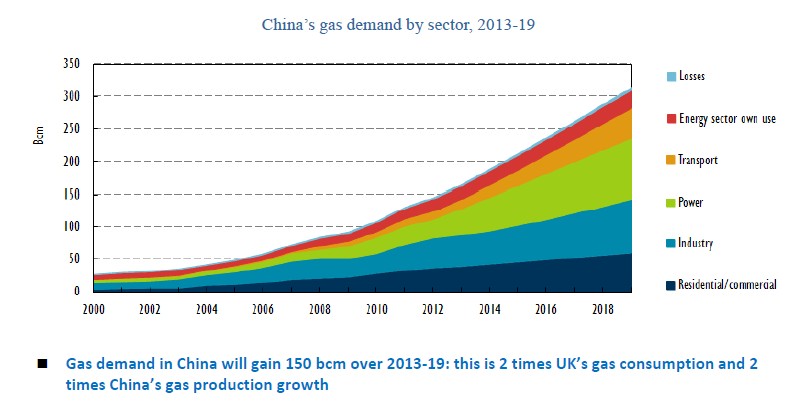 Despite the projected growth in gas demand and production, the IEA Executive Director said warning lights were flashing.

“High LNG prices are threatening to crimp demand as many countries are increasingly unwilling, or unable, to afford these supplies – and that could open the door to coal,” she continued. “Looking ahead, unless we see timely investment in new production and LNG facilities and the reversal of the recent cost inflation of LNG, only a very strong climate policy commitment could redirect Asia’s coal investment wave to gas.”

In China, where air quality concerns are prompting the government to adopt tough plans to reduce pollution, gas is emerging as a major part of the solution. The power, industrial and transport sectors will drive overall Chinese gas demand to 315 bcm in 2019, an increase of 90% over the forecast period, the report said. While China will remain a significant importer, half of its new gas demand will be met by domestic resources, most of them unconventional: Chinese production is set to grow by 65%, from 117 bcm in 2013 to 193 bcm in 2019. 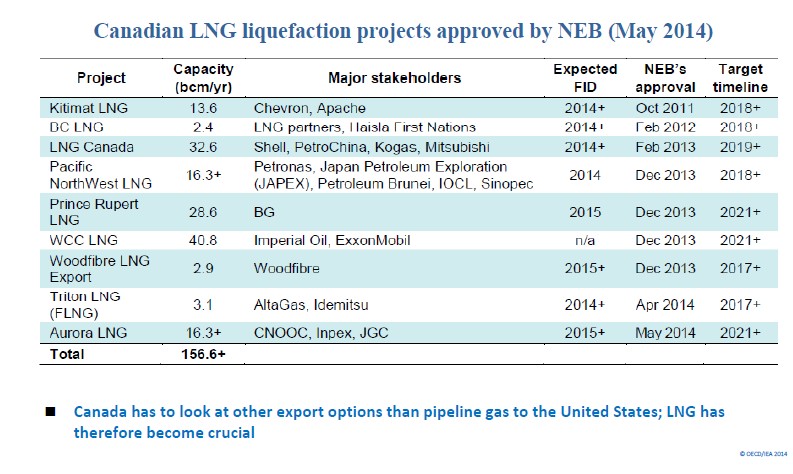 In contrast to the dynamic growth projected in Asia, the report paints a starkly different picture in Europe. Due to low power demand growth and robust policy support for renewable energy, European gas consumption will not recover to its 2010 peak over the next five years. Moreover, there will be no meaningful diversification of European gas supplies through the end of the decade, according to the report.

The report said that despite abundant geological resources, the Middle East will struggle to achieve its full production potential – with some countries even experiencing gas shortages. The main reason for this is unrealistically low regulated gas prices that hinder upstream investment and encourage wasteful consumption.

Grass is greener for biofuels future