London, November 24, 2014 – The longer governments wait to promote clean energy innovation, the greater the eventual cost to the environment and the economy, according to a new report published  by the Grantham Research Institute on Climate Change and the Environment and ESRC Centre for Climate Change Economics and Policy at London School of Economics and Political Science.

Dimitri Zenghelis said: “Governments must decide now whether their economies follow a high-carbon or a low-carbon energy pathway and send a clear signal to investors. Failing to promote a low-carbon pathway immediately, or dithering somewhere between the two, will prove costly in the not-too-distant future”.

The report states: “Governments must act now: even for very high discount rates, delaying policies that would redirect innovation towards clean energy sectors and activities will result in much higher costs in future”.

The authors also find that current clean energy research and development are not sufficiently ambitious and risk creating greater lock-in to dirty infrastructure that is costly to reverse. 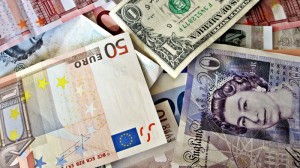 Professor Phillipe Aghion said: “Governments are not doing enough to promote research and development in clean energy. They are acting nowhere near fast enough to get the green energy ‘machine’ going so that costs fall quickly.  This delays the economic transition to a clean energy pathway”.

The report suggests government support could include giving favourable tax treatment to firms involved in clean technology, underwriting national green infrastructure projects and supporting basic clean energy research. Government investment would be justified by the fact that the whole economy benefits from innovation ‘spillovers’, which are 40 per cent greater in low-carbon innovation than in conventional technology innovation.

Once a low-carbon economy has been kick-started through clean energy innovation and carbon taxes, it could be stronger than a high-carbon economy, and government intervention would no longer be necessary.

The report states: “There is evidence to suggest that the clean innovation machine, when switched on and running, can be more innovative and productive than the conventional alternative”.

It adds: “Carbon taxes may only need to be temporary – in the sense of being required for several decades – because the energy and economic system will over time become locked-in to a low-carbon product technology base”.

The report also finds that attempts to use ‘gas as a bridge’ to clean energy now must include a policy commitment to discourage – or ‘lock-out’ – gas without carbon capture and storage in 15 years’ time, at most. Whilst research on carbon capture and storage could be valuable, the report notes that is should not be funded at the expense of investment in clean energy innovation.

The report states: “Investing in intermediate sources of fossil fuel, such as shale gas, or in forms of carbon capture, might conceivably delay or disrupt [the transition to fully clean technology], reducing the ultimate market size for renewable technologies, shifting expectations and making renewable technologies more difficult to develop in the future”.

The report on ‘Path dependence, innovation and the economics of climate change’ is a contributing paper to the New Climate Economy project by the Global Commission on the Economy and Climate.

Download the Path dependence, innovation and the economics of climate change report

The New Climate Economy is the flagship project of the Global Commission on the Economy and Climate. It was established by seven countries, Colombia, Ethiopia, Indonesia, Norway, South Korea, Sweden and the United Kingdom, as an independent initiative to examine how countries can achieve economic growth while dealing with the risks posed by climate change. It is Chaired by former Mexican President Felipe Calderón, and co-chaired by renowned economist Lord Nicholas Stern,