Lean, Mean and Green. Which green vehicle is best for you? 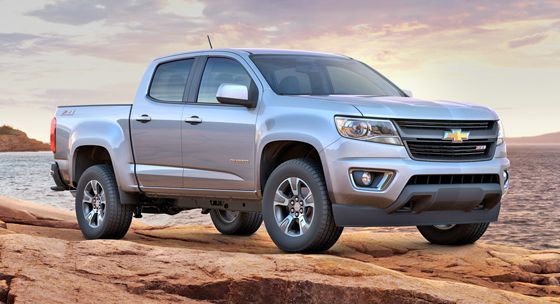 The publication of the 2015 ratings coincides with the release of ACEEE’s brand new greenercars.org website that will now offer subscription-free access to all vehicle scores from model year 2000 and later. 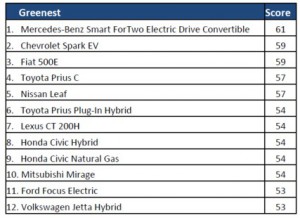 The Smart ForTwo Electric Drive tops the Greenest List once again this year with the highest Green Score ever.

Toyota’s Prius Plug-in and original Prius perform exceedingly well again in 2015, jointly taking spot #6. The original Prius also scores a 54 (but is not listed on the Greenest). 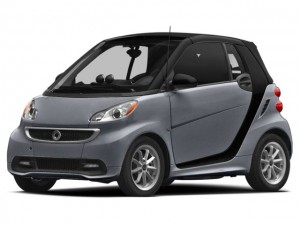 As the electric vehicle market continues to develop, we’re seeing a number of different options from a variety of automakers, including several from American manufacturers,” said ACEEE lead vehicle analyst Shruti Vaidyanathan.

Electric vehicles claimed additional spots on this year’s Greenest List largely due to the inclusion of one vehicle that just missed a spot on our 2014 Greenest List (the Ford Focus Electric), as well as two vehicles that were left off the list last year due to low sales volume (the Spark EV and Fiat 500E). 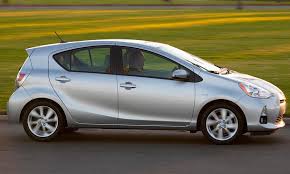 This year’s list also features a diverse array of manufacturers: nine different automakers are represented by the 12 top-scoring vehicles, including two American manufacturers (Chevrolet and Ford) and two European manufacturers.

At the same time, it’s important to note that some of the Greenest are only being offered in a handful of states, and that the larger classes are not represented. Hence greenercars.org also identifies practical options among the top widely available, automatic transmission, petroleum-fueled models.

The Greener Choices list includes trucks and SUVs, such as the Ford F-150, the Chevrolet Trax, and the Nissan Quest. The gasoline-powered Chevrolet Spark and Honda Fit top their respective car classes. 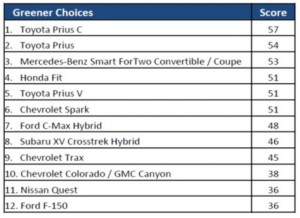 As the list demonstrates, consumers can make greener choices whatever their vehicle needs may be. Domestic manufacturers claimed five of the 12 Greener Choices spots.

Greenercars.org provides the facts necessary to examine the eco-performance of any 2015 model.

The site assigns each vehicle a Green Score, a single measure that incorporates lifecycle greenhouse gas and criteria pollutant emissions. Updates to this year’s methodology include the incorporation of a fuel cell vehicle analysis and a new estimate of nuclear damage costs. 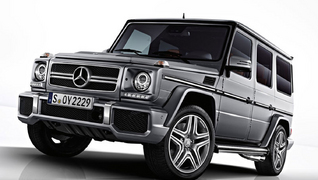 “How green your electric vehicle is has a lot to do with where you plug it in.

A car that is charged using electricity generated from natural gas or renewables is going to have significantly less impact on the environment than one charged on a coal-heavy grid,” said Vaidyanathan.

The Meanest List this year is comprised of heavier medium-duty vehicles and European sports cars that are the least friendly to the environment. 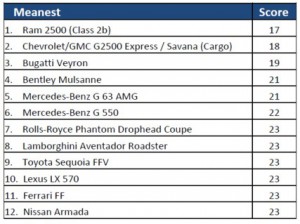 In addition to highlighting the year’s Greenest, Meanest, Greener Choices, and best-in-class lists, the greenercars.org website features informative write-ups on model year 2015 highlights, a consumer primer on vehicles and the environment, and advice on how to buy green when shopping for a new car or truck.

Green Scores of the 1,000+ configurations of all model year 2015 vehicles are available for free in the interactive database of greenercars.org along with each configuration’s fuel economy, health-related pollution impacts, and greenhouse gas emissions.

Visitors to the database can also build custom lists for comparing vehicles.