How Much Is Nature Worth? 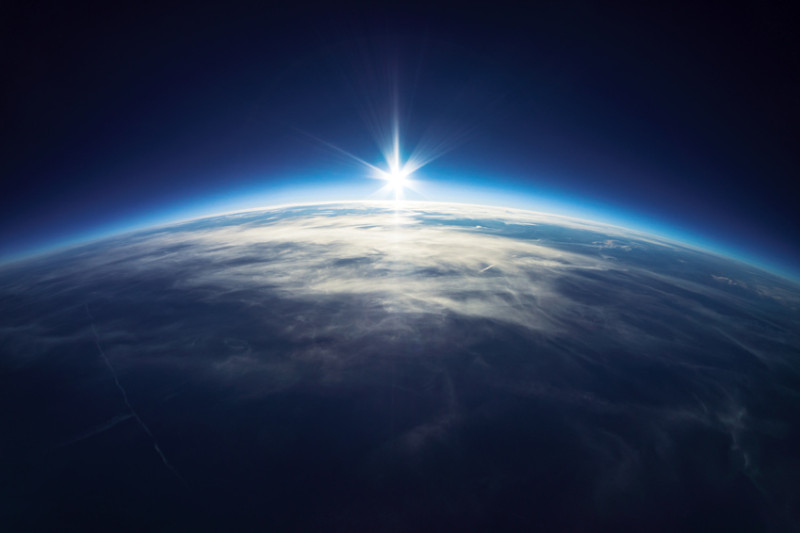 A recently published article estimated the total value of the environment to people at $145 trillion per year. That’s about twice as much as the total output of the global economy – nearly $75 trillion in 2013.

Ecosystem services – clean water, clean air, temperature regulation, food production, etc. – are the myriad ways in which people benefit from nature.  Environmental economics is a growing field that, in part, tries to put a price tag on how much nature benefits people. The hope is that policy-makers and businesses will be more likely to preserve nature if they understand its importance.

The article is an update on a 1997 study by the same lead author, Robert Costanza. In 1997, Costanza and his co-authors estimated global ecosystem services to be worth $33 trillion per year. What’s behind the big increase? Costanza uses data from other studies to estimate values for ecosystems and biomes.

For a simplified example, Costanza takes a weighted average of all the studies that have tried to value coral reefs to estimate a dollar per hectare average. That average is then multiplied by the number of hectares worldwide that have coral reefs. Costanza’s global estimate is going up mostly because other studies are assigning higher values to ecosystem services. That is a reflection of the improving science of environmental economics and a better appreciation for the value of different services that nature provides.

Unfortunately, ecosystems are declining globally, reducing the supply of ecosystem services. For instance, between 2000 and 2010, more than 240,000 square kilometers of the Amazon rainforest were deforested – an area almost as large as the United Kingdom. In addition to other important services, forests play an important role in climate change regulation. As trees grow, they take in carbon dioxide and store it as biomass, and when they are burnt or cut down to make way for agriculture, that carbon dioxide is released into the atmosphere, contributing to climate change. In Latin America and the Caribbean, about two-thirds of greenhouse gas emissions are related to forestry and agriculture.

The study found that the provision of ecosystem services between 1997 and 2011 has declined by $4.3-20.2 trillion per year. Our economic activities are destroying huge amounts of value generated by ecosystems.

The key point from the article is: “A better understanding of the role of ecosystem services emphasizes our natural assets as critical components of inclusive wealth, well-being, and sustainability.” Environmental campaigns sometimes focus on iconic species like the polar bear, orangutan, or jaguar, and attempt to pull at the public’s heart strings. Costanza and other proponents of valuing nature are shifting the conversation to point out that there are actually selfish reasons why people should also care about nature.

There are a number of arguments against this approach. Many critics claim that attempting to value nature is one step removed from commoditizing it. Nature has some intrinsic, non-anthropogenic value, that is left out of this equation.

Another critique is of the actual valuation studies and the many reasons to question their accuracy. First, modeling and economics have a difficult time with ecological complexity. Take the Amazon rainforest. Destroying one percent of the Amazon reduces the ecosystem services provided by the rainforest by X amount. But if you destroy twenty percent of the Amazon, it doesn’t reduce services by 20X.

Valuation methods also have troubling implications for equity concerns. Markets distribute resources based on purchasing power and price signals (the value of a good is the price paid for it), not where the resource would be best used. If you have a finite quantity of ecosystem services, people with the most money will “buy” most of the ecosystem services.

Discounted at five percent, five trillion dollars in 2100 is only worth 72 billion dollars today. That means that we place a very low value on benefits to future generations. Given that ecosystem degradation and climate change are long-term phenomena whose damages will be felt most severely by future generations, there are obvious implications.

Despite the problems with valuation, I think it is still an important step forward because it is (slowly) changing the conversation about nature. The exact number in Costanza’s study is less important than the conclusion that: nature provides great value to people, even if we don’t pay for it.

Duncan Gromko’s passion for the environment started when he spent two years in Morocco in the Peace Corps. He is interested in deforestation issues in Brazil and Indonesia and the climate movement in the United States. He now works at the Inter-American Development Bank, mainstreaming environmental issues into the IDB’s project cycle. You can read more of his writing on the Natural Capital blog (http://naturalcapital1.blogspot.com/) or follow him on twitter @dgromko.

This article was originally published in DC BUREAU on August 12th, 2014 and is reprinted here with the permission of the publisher of DC Bureau under a Creative Commons License.