[stextbox id=”custom” float=”true” width=”200″ bcolor=”add3d5″ bgcolor=”add3d5″ image=”null”] These two reports are a gold mine of useful intelligence on the complex and often confusing array of policy and financiual supports provided to the fossil fuels sector in OECD countries. [/stextbox]

Taxing Energy Use  provides the first systematic, comparative analysis of the structure and level of energy taxes in the 34 OECD member countries. It sets out how tax rates vary between different types of fuel and different uses of fuel for each country. The information is also summarised in graphical form.

The report calculates what statutory tax rates on these diverse fuels imply in terms of taxation per unit of energy and per unit of carbon dioxide (CO2) emissions. It shows the wide variations in these effective tax rates across countries, and details how rates also vary widely within countries between different types of fuel (diesel, natural gas, coal, etc.), even when they are used for similar purposes. For example:

This wide range of tax rates – when measured in terms of carbon emissions – results in wide differences in the tax disincentives to emit.Since CO2 has broadly the same impact on atmospheric greenhouse gas concentrations (and thus climate change) however and wherever it is emitted, these differences underline the fragmentation in current international efforts to mitigate climate change.

“Variations in effective tax rates on energy use, and the low levels of taxation on fuels with significant environmental impacts, suggest important opportunities for countries to reform their energy tax systems and achieve environmental goals more cost-effectively,” said Pascal Saint-Amans, Director of the OECD’s Centre for Tax Policy and Administration.

“Greater use of environmentally-related taxes could also be an economically efficient means of raising revenues to improve public finances at a time of fiscal crisis.”

The Inventory of Estimated Budgetary Support and Tax Expenditures for Fossil Fuels 2013 collects details on more than 550 fossil fuel support measures in the 34 OECD member countries, including many provided by state and provincial governments.

The report also highlights progress made and the benefits identified by a number of OECD countries in reforming support to fossil fuels in recent years. For example:

“This Inventory increases transparency on the nature and scale of fossil-fuel support measures, and provides policy makers with a starting point for identifying options for reform,” said Ken Ash, OECD Trade and Agriculture Director.

Consumption of fossil fuels is supported by mechanisms including price controls, rebate schemes and tax relief. As tax treatment varies considerably across countries, the value of this support, which includes tax expenditures, is not internationally comparable.

Petroleum products benefitted from around two-thirds of the value of all support measures identified in the Inventory, with the remainder equally split between coal and natural gas.

Data underlying this publication, as well as more work by OECD and the International Energy Agency (IEA) on fossil-fuel subsidies and support, can be found here.

Complete details of the support for the production or consumption of fossil fuels in all OECD member economies are available, with a summary of each country’s energy economy and support measures.

Financing Innovation in Canada Study by CBI of Canada 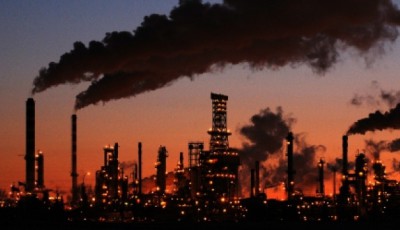