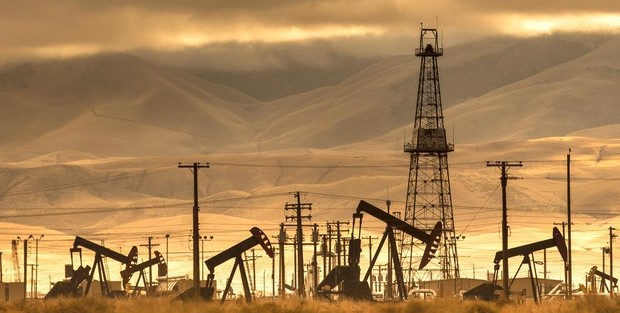 Warnings within the world of high finance are coming thick and fast that the increasingly urgent need to combat climate change means investors could lose heavily by sinking funds into coal, oil and gas.

LONDON, 18 October, 2014 − Like most central bank governors, Mark Carney, the Governor of the Bank of England, chooses his words carefully. 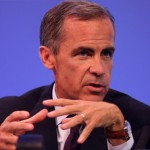 So the financial community – and government policy makers − sat up and took notice earlier this month when Carney, addressing a World Bank seminar on corporate reporting standards, said he was concerned about investments in fossil fuels.

“The vast majority of reserves are unburnable,” Carney said.

He warned companies, investors and policy makers that they need to avoid what he described as the “tragedy of horizons”, and to look further ahead to meet challenges such as climate change.

Investors are being repeatedly told that money sunk into fossil fuels is not only bad for the climate, but is also potentially seriously dangerous to financial health.

The fundamental idea espoused by a wide spread of influential voices – ranging from the International Energy Association (IEA) to finance funds that have many billions of dollars worth of investments under their control − is that, in order to combat climate change, a large portion of the world’s remaining fossil fuel reserves must stay in the ground.

“Not more than one-third of proven reserves of fossil fuels can be consumed prior to 2050 if the world is to achieve the 2˚C goal,” the IEA says.

Limiting a rise in average global temperatures to 2˚C by mid-century is considered to be the minimum necessary to prevent catastrophic climate change.

As action is taken and regulations are tightened, investments in fossil fuels, whether in a coal mine or in oil or gas exploration and production, will become frozen – or, in the parlance of the finance industry, “stranded”.

In the lead up to a major UN conference on climate change in New York last month, a group of high-roller investment funds − which, together, control more than $24 trillion worth of assets – called for an end to fossil fuel subsidies and for urgent action on climate change.

“We’re not going to be able to burn it all. Science is science”

Barack Obama, the US president, has joined in the chorus, calling for fossil fuels to stay in the ground. “We’re not going to be able to burn it all,” Obama said earlier this year. “Science is science. And there is no doubt that if we burned all fossil fuels that are in the ground right now that the planet’s going to get too hot, and the consequences could be dire.”

Major campaigns calling for divestment from fossil fuels have been launched. Groups such as 350.org, which campaigns for more awareness on climate issues, have had considerable success in persuading various bodies – from universities to the UK’s leading medical association − to stop investing in fossil fuels.

A number of pension funds, with billions of dollars worth of investments under their control, have said they will either cut back or stop putting money into the fossil fuel industry.

Meanwhile, giant coal, oil and gas corporations have been told they could face a public backlash if they seek to avoid or deny public pressure on climate change issues.

But for those who want to see an end to the fossil fuel industry, the battle is by no means won. It is only just starting.

A report by the Carbon Tracker Initiative and the Grantham Research Institute on Climate Change and the Environment says the world’s 200 largest publicly-quoted fossil fuel companies spent an estimated total of $674bn on exploring and developing new reserves in 2012. And that figure does not include the hundreds of billions of dollars spent on exploiting existing fossil fuel sites.

Coal, the most polluting of fossil fuels, is still king in many regions of the world, particularly in the fast-growing economies of China and India. Coal companies, urged on by politicians, are still investing billions in new facilities.

Tony Abbott, Australia’s prime minister, opening a huge new mine in Queensland that will produce about 5.5 million tonnes of coal each year, said last week: “Coal is vital for the future energy needs of the world. So let’s have no demonization of coal – coal is good for humanity.” – Climate News Network