Where do I park my EV to get a charge?

GLOBE-Net, November 1, 2013 –Many people have considered driving an electric powered car, but the next reality check is charging the EV. The infrastructure to support EVs is just getting underway for the most part.

Cost savings are realized initially when the electric vehicle charging stations are installed in a new built home that is pre-wired for such installations. Good news if you are buying a such a home and want an EV in the garage.

“Ontario has been a real leader in accelerating the adoption of electric vehicles with the implementation of vehicle rebates, charging infrastructure incentives and by allowing EVs with green license plates to use the High Occupancy (HOV) lanes,” said Sun Country Highway VP Christopher Misch. He wants Ontario to update the building code so that new construction homes are required to have garages pre-wired with 240V plugs like BC and California jurisdictions have already done. 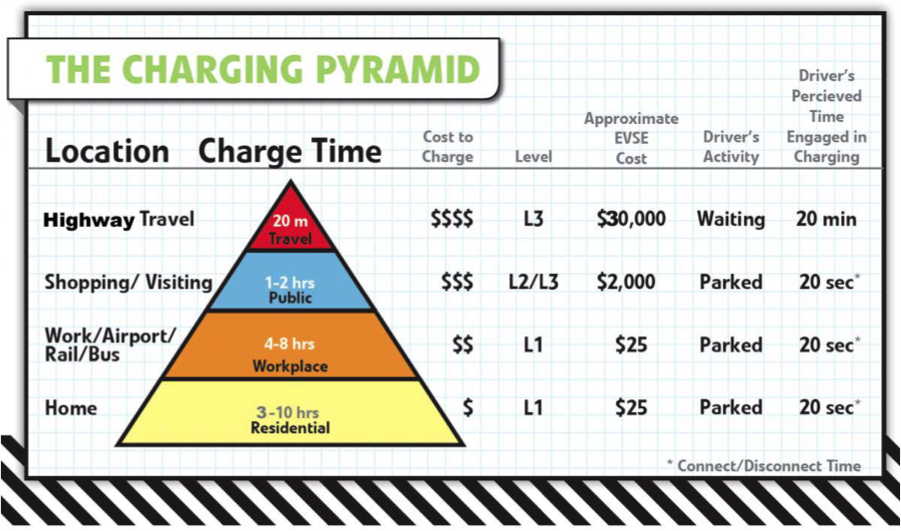 The average vehicle spends 90 percent of its time either at home or at work.

“The average vehicle spends 90% of its time parked either at home or at work so pre-wiring and installing 240 V level 2 electric vehicle charging stations at home makes terrific sense. Think about this, with your gas vehicle you have never in your life left your home with a full tank, but with an electric car, every morning you leave with a full charge,” exclaims Sun Country Highway VP Christopher Misch.

The Canadian Automobile Association (CAA) has reported that 42 per cent of it’s members would consider some kind of electric vehicle the next time they buy a car.

Read the June 2013 Report by the Community Energy Association produced for BC Hydro, Planning for Electric Vehicle Charging Infrastructure: A Toolkit

Doing Business in the Green Economy will be a major theme at GLOBE 2014 the next in the celebrated GLOBE Series of Conferences on the business of the environment taking place in Vancouver, Canada March 26-28, 2014. Reserve your place now.  Check here for more details.