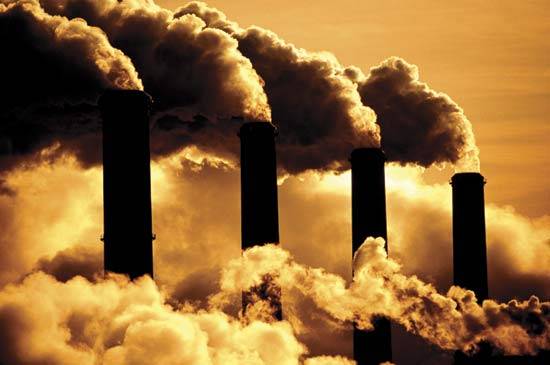 New research backs up the growing body of evidence that the only way to limit global warming in the long term is a serious cut in carbon dioxide emissions from burning fossil fuels.

LONDON, 6 July, 2014 − Once again, US scientists have come to the same conclusion: there really is no alternative. The only way to contain climate change and limit global warming, they say, is to reduce carbon dioxide emissions.

It won’t really help to concentrate on limiting methane emissions, or even potent greenhouse gases such as hydrofluorcarbons, or nitrous oxide, or the soot and black carbon that also contribute to global warming. Containing all or any of them would make a temporary difference, but the only thing that can work in the long run is a serious cut in carbon dioxide emissions.

Raymond Pierrehumbert, a climatologist at the University of Chicago, combined new research and analysis and a review of the scientific literature. He reports in the Annual Review of Earth and Planetary Sciences that although livestock emissions such as methane are – molecule for molecule – potentially more potent as global warming agents than carbon dioxide, there remains no substitute for reducing the burning of fossil fuels.

“Until we do something about CO2, nothing we do about methane or these other things is going to matter much for climate,” he said.

The conclusion is not a new one. The same solution was recommended by a Californian-led team in June, and university researchers in Oxford, UK, and Bern, Switzerland also said much the same in November last year.

Other greenhouse gases certainly contribute to global warming, and researchers have urged new ways to to be adopted to contain global temperature rises by reducing grazing herds, or by introducing better livestock management, or by making a concerted effort to limit all the other short-lived pollutants.

But, Prof Pierrehumbert argues, that is the point: methane, hydrofluorocarbons and nitrous oxides are all short-lived gases. Remove them, and there is a benefit. But carbon dioxide lingers in the atmosphere, and goes on being a greenhouse gas. Any extra CO2 in the atmosphere will go on warming the planet.

A one-ton–a-year reduction in methane brings a single lowering of the global thermostat, but a reduction in carbon dioxide of one ton a year yields a climate benefit that stays. That is because, had it been emitted, it would have gone on and on raising global temperatures.

Subsidies for fossil fuels in 2011 added up to more than $620 billion, while renewable energy that year received just $88bn in subsidies.

In the last 200 years, the planet has warmed by 1°C, and 2013 marked the 37th consecutive year of above-average temperatures. The institute calculates that 4 billion people alive today have never experienced a year that was cooler than last century’s average. – Climate News Network

The emerging power of microgrids