OTTAWA, January 15, 2015 – For the second consecutive year, the Canadian Wind Energy Association (CanWEA) is pleased to announce that Canada has set a record for the installation of new wind energy capacity.

A total of 1,871 MW of wind energy capacity was installed in five provinces in Canada in 2014, with most growth centred in Ontario (850 MW), Quebec (439 MW) and Alberta (350 MW). Canada ended 2014 with nearly 9,700 MW of installed wind energy capacity, producing enough electricity to meet the needs of over 3,000,000 million average Canadian homes every year.

2014 also produced more evidence of the cost-competitiveness of wind energy, as the year ended with Quebec awarding contracts for 446 MW of new wind energy projects that will provide power at an average cost of 6.3 cents / kWh. While every market is unique, it is clear that wind energy can compete on cost with virtually all forms of new electricity generation, including nuclear, hydroelectric, and coal-fired power. (See GE Interactive Wind Energy Map of Canada below). 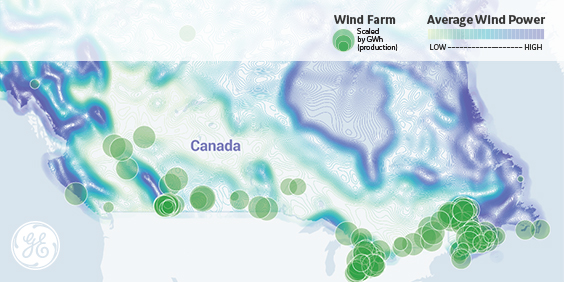 “Wind energy has demonstrated that it is a proven, reliable and cost-competitive energy solution that drives economic diversification, environmental sustainability and rate-base value,” adds Hornung.

“These attributes will continue to drive wind energy growth in 2015, where we expect a minimum of another 1,500 MW of new wind energy capacity to come on line.  This coming year  will also see new wind energy contracts awarded in Ontario, a new Energy Strategy in Quebec, and a new climate change framework in Alberta that may open the door to accelerated wind energy development in that province.”

The Canadian market was split between seven wind turbine manufacturers in 2014, however, over 98 per cent of new wind capacity came from five manufacturers. Installations were led by Siemens, followed by GE, Vestas, ENERCON and Senvion. Siemens and GE supplied over 50 per cent of wind turbines in 2014.

The CanWEA report on wind energy capacity growth is consistent with the findings of a recent Bloomberg New Energy Finance (BNEF) report on the growth of clean energy investment in 2014, which topped $310 bn, the highest amount since 2011 and a year-on-year growth of 16%.

Solar accounted for almost half of total clean energy investment in 2014, according to the BNEF report,  its highest share ever. Last year, solar attracted funding worth $149.6 bn, up 25% on 2013.  Investment in wind rose 11% to almost $100bn, while the third-largest sector was energy-smart technologies, including smart grids, power storage, efficiency and electrified transport, with $37.1 bn of investment, up 10%. 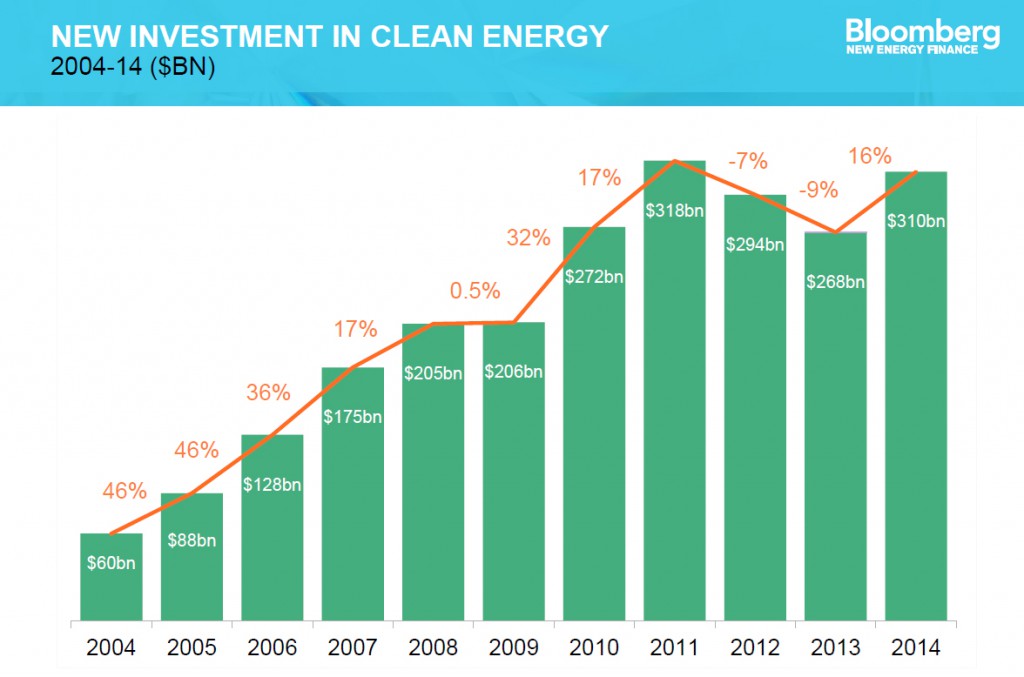 CanWEA is the voice of Canada’s wind energy industry, actively promoting the responsible and sustainable growth of wind energy. A national non-profit association, CanWEA serves as Canada’s leading source of credible information about wind energy and its social, economic and environmental benefits.