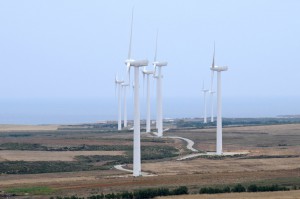 June 9, 2014  The number of developing countries with policies in place to support renewable energy has increased six-fold in just eight years, resulting in one-fifth of the world’s power production now coming from renewable sources, according to a United Nations-backed report produced ahead of the UN Sustainable Energy for All Forum.

In the beginning of this year, 95 developing countries had renewables support policies in place – up from just 15 in 2005, reported the Renewable Energy Policy Network for the 21st Century (REN21), whose secretariat is supported by the UN Environment Programme (UNEP).

“Markets, manufacturing, and investment expanded further across the developing world, clearly illustrating that renewables are no longer dependent upon a small handful of countries,” states REN21’s Renewables 2014 Global Status Report.

The report was formally launched at the first annual Sustainable Energy for All Forum, a three-day event at UN Headquarters in New York that brought together leaders of government, business and civil society to assess progress on sustainable energy, showcase innovation, present new commitments and spur further action.

The forum  adds momentum towards the UN climate summit in September, and advance the dialogue on how energy issues should be reflected in the post-2015 development agenda.

“Over the last 10 years, continuing technology advances and rapid deployment of many renewable energy technologies have demonstrated that the question is no longer whether renewables have a role to play in the provision of energy services, but rather how we can best increase the current pace to achieve a 100 per cent renewables future with full energy access for all.” 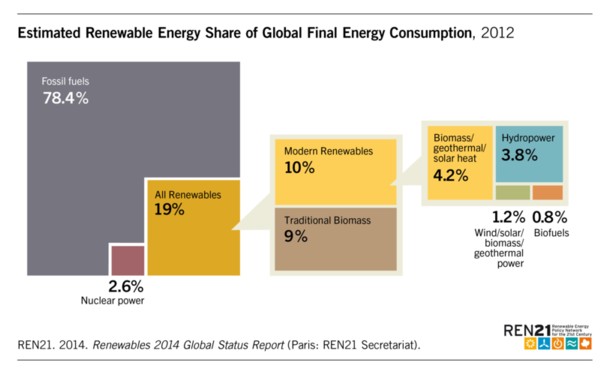 For this to become reality, current thinking needs to change, he noted, adding that “continuing the status quo of a patchwork of policies and actions is no longer sufficient.”

Overall, renewables account for more than 56 per cent of net additions to global power capacity in 2013, according to the figures cited in the latest report.

In the European Union, renewables in 2012 represent the majority of new electricity generated capacity, in contrast with conventional fossil generation that accounted for 80 per cent of new capacity.

“The past decade has set the wheels in motion for a global transition to renewables, but a concerted and sustained effort is needed to achieve it. With increasingly ambitious targets and innovative policies, renewables can continue to surpass expectations and create a clean energy future,” said Christine Lins, Executive Secretary of REN21.