Renewable energy now cost advantageous, especially when cost of pollution is factored in

Abu Dhabi, U.A.E., 17 January 2015 – The cost of generating power from renewable energy sources has reached parity or dropped below the cost of fossil fuels for many technologies in many parts of the world, the International Renewable Energy Agency (IRENA) revealed in a new report today.

The landmark report, Renewable Power Generation Costs in 2014, concludes that biomass, hydropower, geothermal and onshore wind are all competitive with or cheaper than coal, oil and gas-fired power stations, even without financial support and despite falling oil prices.

Solar photovoltaic (PV) is leading the cost decline, with solar PV module costs falling 75 per cent since the end of 2009 and the cost of electricity from utility-scale solar PV falling 50 per cent since 2010.

“The game has changed; the plummeting price of renewables is creating a historic opportunity to build a clean, sustainable energy system and avert catastrophic climate change in an affordable way.” 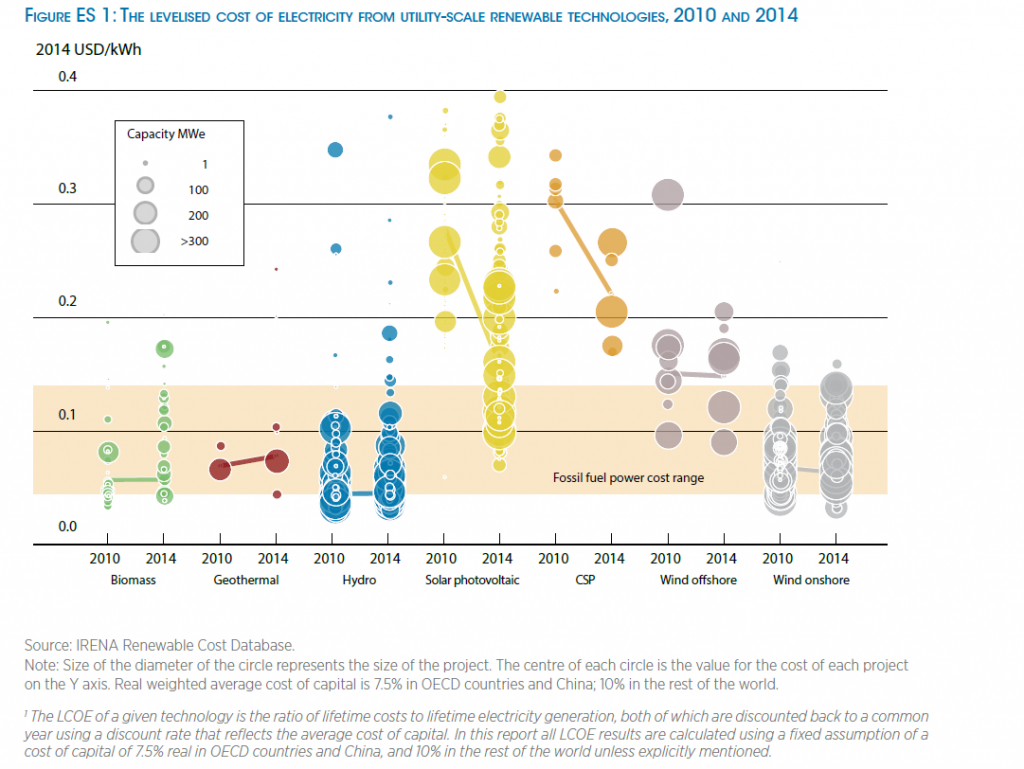 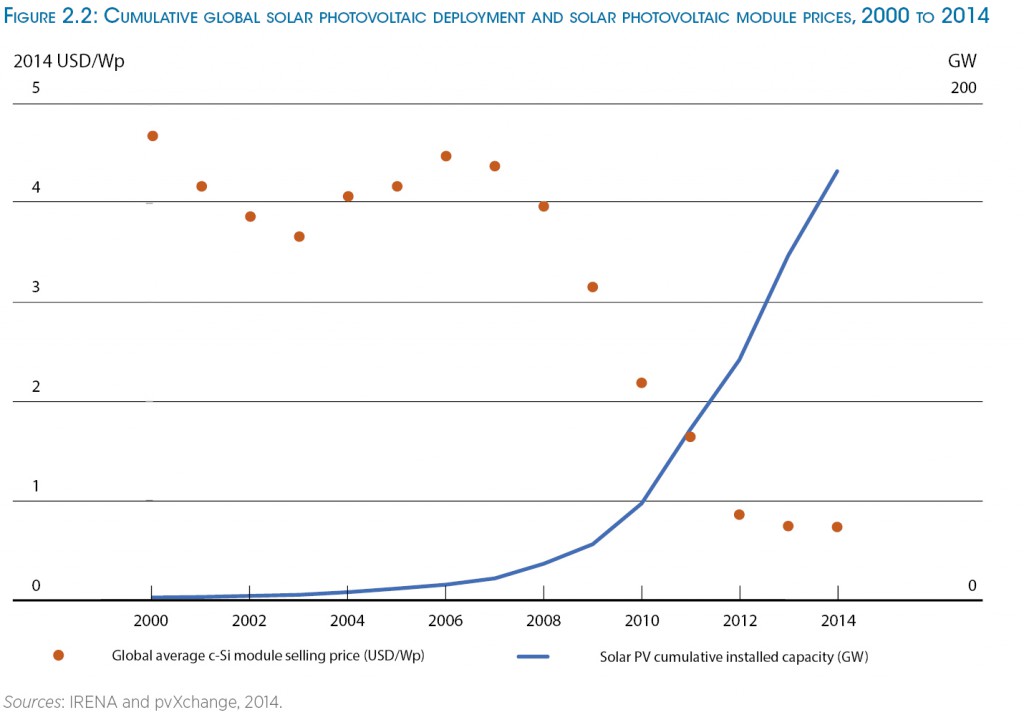 For 1.3 billion people worldwide without electricity, renewables are the cheapest source of energy. Renewables also offer massive gains in cost and security for islands and other isolated areas reliant on diesel.

Thanks in large part to the clear business case for renewables, a record high of 120 gigawatts of renewable energy was added to the global energy mix in 2013, with similar additions forecast for 2014. Renewable energy accounted for 22 per cent of global electricity generation and 19 per cent of total final energy consumption in 2013.

“Now is the time for a step-change in deployment for renewables,” said Mr. Amin. “It has never been cheaper to avoid dangerous climate change, create jobs, reduce fuel import bills and future-proof our energy system with renewables. This requires public acknowledgement of the low price of renewables, an end to subsidies for fossil fuels, and regulations and infrastructure to support the global energy transition.”

The report goes on to explain that renewable energy price improvements are not universal, and that costs range widely according to resources and the availability of financing.

Offshore wind and concentrated solar power (CSP) technologies are in earlier stages and deployment costs remain higher than those of fossil fuels. These technologies will however become more cost-competitive in future, especially where low-cost financing is available.

Climate’s threat to wheat is rising by degrees