Something new under the sun in British Columbia 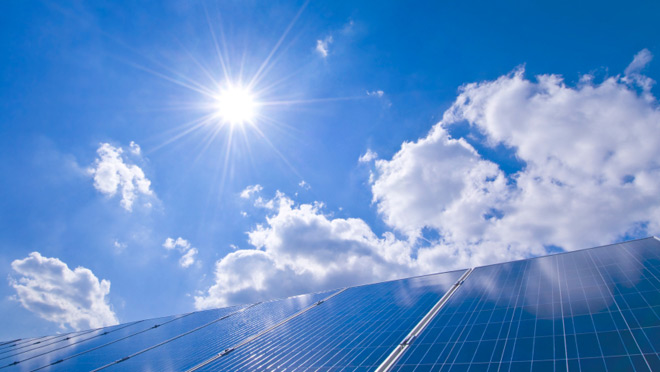 GLOBE-Net, August 13, 2014 – The economic future of the city of Kimberley in southeast British Columbia will soon be much brighter due to the $5.3 million SunMine solar project.

Over 4,000 solar-cell modules mounted on 96 solar trackers will follow the sun’s daily movement, maximizing solar exposure and power generation SunMine will be western Canada’s largest solar project and the first solar project in B.C. to sell power to the BC Hydro grid.

SunMine will be located on the former Sullivan Mine site, once one of the world’s largest lead zinc mines, owned by Teck Resources Ltd. Teck is providing the fully reclaimed land and site infrastructure as well as a $2 million contribution towards the project.

“SunMine is an innovative use of a former mine site and is an excellent example of a collaborative partnership supporting sustainable, vibrant communities,” said Don Lindsay, President and CEO, Teck. “Our interest in SunMine also reflects Teck’s commitment to alternative sources of energy.”

The Province’s Innovative Clean Energy (ICE) Fund program will provide $1 million for SunMine through the EcoSmart Foundation, a Vancouver based non-profit foundation that promotes economically and ecologically smart projects between public and private sectors.

EcoSmart has been a driving force to bring the project from concept to reality.

SunMine, is a timely game-changer. EcoSmart is proud to collaborate in it with Teck and Kimberley,” says Michel de Spot, president and CEO of the EcoSmart Foundation.

“Knowledge and experience gained from this innovative project will help develop local skills and make solar energy a viable option for B.C.’s generating portfolio. The solar energy potential in B.C. – and in particular, in the East Kootenay – is exceptional. Let’s put it to work.”

The SunMine project is also supported by the Columbia Basin Trust, which supports efforts to deliver social, economic and environmental benefits to the residents in the Columbia Basin. Additional funding and assistance has been received from the Southern Interior Development Initiative Trust.

SunMine is community owned, distinct and well suited to capitalize on Kimberley’s clear and sunny conditions. In a 2011 referendum an overwhelming majority of Kimberley voters supported a move by the City to borrow $2 million toward construction of the SunMine project.

In addition to energy generation, SunMine will benefit the regional economy through increased visibility and awareness. The engineering and project experience will garner the region a competitive edge for future initiatives in the growing renewable energy market.

Read also:  Will We Let the Sun Shine In?

The 1.05 MWp project will provide a platform that can be expanded to up to 200 MWp in the future.

Following a competitive process Conergy Canada was selected as the prime contractor to provide SunMine’s engineering, procurement, and construction management.

The SunMine project will be constructed over Summer-Fall 2014, with January 2015 targeted for stat of operations.

Additional information on the project is available here.