Ten Megatrends for Green Building in 2014

Green building consultant, speaker & author, Jerry Yudelson has announced his annual list of major green building trends that will affect the industry in 2014 and beyond. 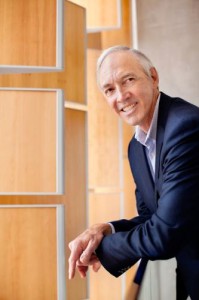 What are the major trends likely to affect the green building industry and markets in the US in 2014?

At the top of Yudelson’s 2014 list is the prediction that Green building in North America will continue its strong growth in 2014, with the ongoing expansion of commercial real estate construction together with government, university, nonprofit and school construction.

“Green building is the tsunami of the future that will inundate the entire real estate industry,” says Yudelson.

The second megatrend on Yudelson’s list is the growing focus on energy efficiency in all kinds of buildings, including the increasing role of building automation for energy efficiency using cloud-based systems. Yudelson said, “The convergence of corporate and commercial real estate, information technology that is based in the Cloud, and energy efficiency leads my list of new green building megatrends for 2014.”

The third megatrend is the design and operation of zero-net-energy buildings. Yudelson says, “We know that green building has hit the mainstream. To distinguish themselves, many building owners and developers are taking the logical next step: getting to zero net energy on an annual basis; Why? The most widespread reason is that more people than ever believe it’s the right thing to do.”

LEED will attract competitors as never before. Yudelson says, “It’s likely that LEED’s cost and complexity will open up the market to other competitors such as the Green Globes rating system offered by the Green Building Initiative.” One reason: Recent Obama administration actions have now put this system on a par with LEED for federal projects.

The focus of the green building industry will continue its switch from new building design and construction to greening existing buildings. This trend has been in place since 2010. Yudelson’s green building book, Greening Existing Buildings, documents the strategic and tactical components of this trend.

Green Buildings will increasingly be designed and managed by innovative information technologies that are based in the “Cloud.”

In fact, Yudelson calls 2014, “The Year of the Cloud,” for how quickly this trend will become fully established.

Green Building Performance Disclosure will continue as a major trend, highlighted by disclosure requirements enacted in 2013 by more than 30 major cities around the country, laws that require commercial building owners to disclose actual green building performance. Yudelson says he expects this trend to spread rapidly as the easiest way to monitor reductions in carbon emissions from commercial and governmental buildings.

Healthy Building Products, Product Disclosure Declarations, along with various “Red Lists” of chemicals of concern, will become increasingly contentious, as manifested through such tools as Health Product Declarations.

Yudelson predicts, “Building product manufacturers increasingly try to gain or maintain market share based on open disclosure of chemicals of concerns.” We also foresee that industry-developed disclosure systems will compete with systems offered by dozens of third-party rating agencies.

Yudelson says, “Awareness of the coming crisis in fresh water supply, both globally and in the U.S., will increase, as global climate change affects rainfall and water supply systems worldwide.”

Yudelson’s 2010 recent water conservation book, Dry Run: Preventing the Next Urban Water Crisis, shows how this is being done in green buildings all over the developed world.

Building Resilient Cities will be discussed at GLOBE 2014 taking place March 26-28, 2014 in Vancouver Canada, where practical solutions and innovative emission-reducing technologies will be on display. Check here for more information. 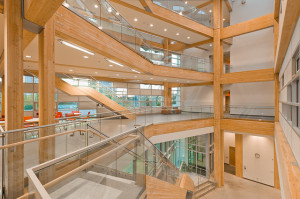 The Centre for Interactive Research on Sustainability (CIRS) is one of only a handful of buildings worldwide that will provide “net positive” benefits to the environment. It reduces UBC’s carbon emissions, powers itself and a neighboring building with renewable and waste energy, creates drinking water from rain and treats wastewater onsite. – Read article