LONDON, 7 March, 2015 – Quamrul Chowdhury, a lead negotiator for the Least Developed Countries bloc at UN climate talks, is concerned that the US and European Union are failing to give the lead they should on emissions reductions.

Visiting the UK to speak at universities in Oxford and London, he told the Climate News Network: “With the US and the EU, we expect both to raise their level of ambition to mitigate climate change. Only if they take the lead can we reach consensus.” 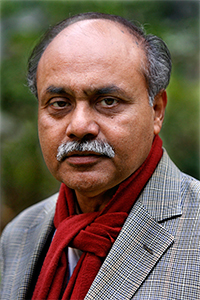 Quamrul Chowdhury is Bangladesh’s climate envoy to the UN

Chowdhury, an energetic and familiar figure at the annual UN climate conferences, said of this year’s treaty negotiations in Paris in December: “I’m optimistic, but it’s going to be a Herculean task. We’ll have to make a lot of compromises and collapse our red lines if we are to achieve an ambitious, robust treaty.”

But Chowdhury believes this is not enough, and that both must go further. “This range of ambition will not add up to an aggregate level that takes us to the internationally-agreed goal of preventing global average temperature rise exceeding 2°C, much less 1.5°C,” he said.

“We need to cut emissions faster than that. If the Americans and Europeans don’t do so, other countries will not be ready to raise their level of ambition.”

The LDCs insist that the developed world must act first − an argument that has preoccupied many previous negotiations.

“The developed countries are the leaders − it’s their responsibility,”  Chowdhury said. “If they can give that lead, other countries will follow. We’ve contributed an insignificant amount of greenhouse gases.

“We can’t afford not to agree a legally-binding treaty . . . If we fail, the most vulnerable countries will be the victims” Quamrul Chowdhury

“The US and the EU are doing quite well, but we need more ambition or else the gap will be so huge. We have to move faster in the short time left to negotiate, otherwise the most vulnerable countries’ situation will be catastrophic.”

The LDCs, many of them already bearing the brunt of the climate onslaught, are prepared to give ground for the sake of an agreement.

“We always want to make compromises,” Chowdhury said. “We’ve shown flexibility in the past, and we’re ready to do so now − to go the extra mile. Billions of people are on the receiving end of climate change.”

However, it’s not clear whether the LDCs will cut their own emissions. Chowdhury said: “If we reach an agreement in Paris, there will be from us what some call a commitment, and others describe as an intention, to make cuts.

“There are so many ifs and buts, though, so much mathematics. We agree in principle to cuts, but we can’t say at this stage what they’ll be.

“For the effective treaty we need, the means of implementation are essential. We’ll need money to pay for technology transfer, capacity building and helping our economies through the transition of adapting. The money will need to be predictable, new, additional and easily accessed.”

The LDCs won’t rush to judgement in the Paris talks. Chowdhury said: “They’ll be a success, first, if we get a treaty with raised ambition. But while the process of implementing that treaty will start in January 2016, the end results won’t be achieved till 2020.”

Some commentators say that hopes for Paris are high because countries will be asked to meet lowered expectations − in other words, that any treaty attainable won’t offer much.

Chowdhury sees it differently. “We can’t afford not to agree a legally-binding treaty in December”, he said. “If we fail, the most vulnerable countries will be the victims. We shall have to suffer much more, and we can’t afford any longer to let that happen.” − Climate News Network

The Economic Costs of Congestion in Metro Vancouver