Video – The story behind oil’s plunge

Video: The Story Behind Oil’s Plunge

December 30, 2014 – In the financial markets, everything makes sense in hindsight. While the narrative had continued since the 2008 Financial Crisis that energy prices were rising and there was nothing to slow them down, it only took a small crack in the armour to send oil tumbling down by about 50% since the 2014 summer peak.

This infographic video from CNN Money helps put the sudden and inevitable oil plunge in perspective. In short, it is a combination of slowing demand (stemming from China’s growth slowdown, the EU’s stagnation, and America shaking off its addiction to oil) and oversupply caused by new shale technology and OPEC keeping production constant.

Lower oil prices create some relief for consumers at the pump, but also create their own array of problems. Losses of jobs, especially around more expensive shale and oil sand production, will partly counterbalance the gains from the additional $60 billion in consumer discretionary income in 2015. Energy companies also struggle at such prices. 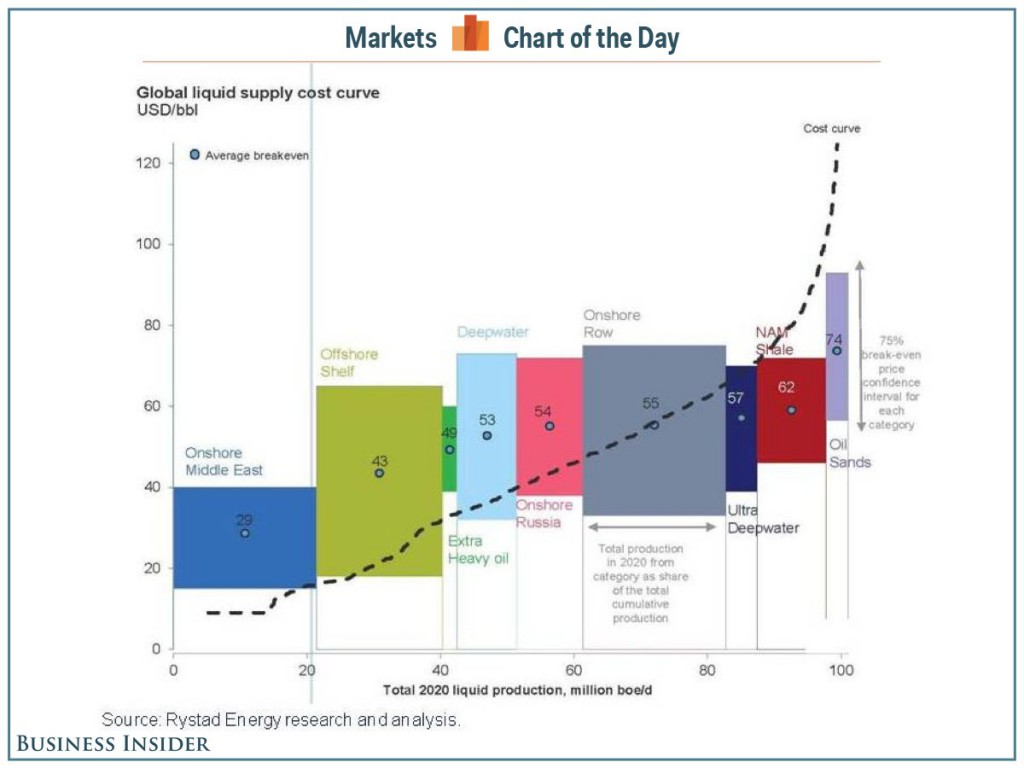 Another big risk is geopolitical. Many political analysts have suggested that crashing oil prices put Putin between a rock and a hard place. Crushed oil prices give Putin a crude problem to deal with, as the Russian budget breakeven point is around $102/bbl. The ruble has already felt the pain, and Putin must now either allow the Russian economy to slowly crumble, or double up on his aggressive bets from a foreign policy perspective to continue to win the hearts of Russian sentiment.

Jeff Desjardins is a founder and editor of Visual Capitalist, a media website that creates and curates visual content on investing and business. This article was originally published in Visual Capitalist on December 30, 2014 and is reprinted here with the kind permission of the author.

The dark side of climate change