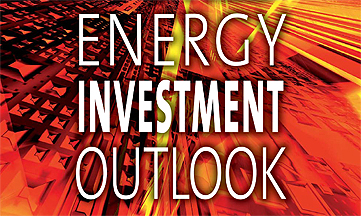 World needs $48 trillion in investment to meet its energy needs to 2035 according to a IEA World Energy Outlook special report.  The role of governments in shaping investment decisions is crucial.

LONDON, 3 June – Meeting the world’s growing need for energy will require more than $48 trillion in investment over the period to 2035, according to a special report on investment released today by the International Energy Agency (IEA) as part of the World Energy Outlook series.

Today’s annual investment in energy supply of $1.6 trillion needs to rise steadily over the coming decades towards $2 trillion. Annual spending on energy efficiency, measured against a 2012 baseline, needs to rise from $130 billion today to more than $550 billion by 2035.

“The reliability and sustainability of our future energy system depends on investment,” said IEA Executive Director Maria van der Hoeven. “But this won’t materialize unless there are credible policy frameworks in place as well as stable access to long-term sources of finance. Neither of these conditions should be taken for granted.”

“There is a real risk of shortfalls”, added van der Hoeven, “with knock-on effects on regional or global energy security, as well as the risk that investments are misdirected because environmental impacts are not properly reflected in prices.”

More related to this article:

Spending on renewables is up but fossil fuels still reign supreme

Newly compiled data show how annual investment in new fuel and electricity supply has more than doubled in real terms since 2000, with investment in renewable source of energy quadrupling over the same period, thanks to supportive government policies.

Investment in renewables in the European Union has been higher than investment in natural gas production in the United States. Renewables, together with biofuels and nuclear power, now account for around 15% of annual investment flows, with a similar share also going to the power transmission and distribution network.

But a large majority of today’s investment spending, well over $1 trillion, is related to fossil fuels, whether extracting them, transporting them to consumers, refining crude oil into oil products, or building coal and gas-fired power plants.

Rules not returns are driving the investment market

Investment decisions are increasingly being shaped by government policy measures and incentives. While many governments have retained direct influence over energy sector investment, some stepped away from this role when opening energy markets to competition:  many of these have now stepped back in, typically to promote the deployment of low-carbon sources of electricity.

In the electricity sector, administrative signals or regulated rates of return have become, by far, the most important drivers for investment: the share of investment in competitive parts of electricity markets has fallen from about one-third of the global total ten years ago to around 10% today.

“Policy makers face increasingly complex choices as they try to achieve progress towards energy security, competitiveness and environmental goals,” said IEA Chief Economist Fatih Birol. “These goals won’t be achieved without mobilizing private investors and capital, but if governments change the rules of the game in unpredictable ways, it becomes very difficult for investors to play.”

[stextbox id=”custom” float=”true” align=”right” width=”300″ bcolor=”d2d0d1″ bgcolor=”dbdbdb” image=”null”]New types of investors in the energy sector are emerging, but the supply of long-term finance on suitable terms is still far from guaranteed.[/stextbox]

Of the cumulative global investment bill to 2035 of $48 trillion in the report’s main scenario, around $40 trillion is in energy supply and the remainder in energy efficiency.

Of the investment in energy supply, $23 trillion is in fossil fuel extraction, transport and oil refining; almost $10 trillion is in power generation, of which low-carbon technologies – renewables ($6 trillion) and nuclear ($1 trillion) – make up the lion’s share; and a further $7 trillion in transmission and distribution.

More than half of the energy-supply investment is needed just to keep production at today’s levels, that is, to compensate for declining oil and gas fields and to replace power plants and other equipment that reach the end of their productive life.

The $8 trillion of investment in energy efficiency is concentrated in the main consuming markets, the European Union, North America and China: 90% is spent in the transport and buildings sectors. 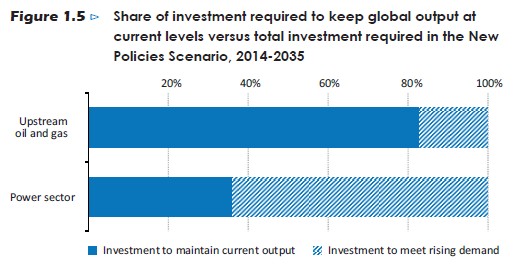 The report focuses on the significant costs of investment in new liquefaction facilities and how these add to the cost of imported LNG – slowing the rate at which new LNG can globalize gas markets. It examines the long-term importance of the Middle East to oil markets, as well as the obstacles that could prevent upstream investment in this region being made in time to avoid tighter markets and a spike in oil prices once non-OPEC supply starts to plateau in the 2020s.

[stextbox id=”custom” float=”true” align=”left” width=”300″ bcolor=”d2d0d1″ bgcolor=”dbdbdb” image=”null”]More than $1.6 trillion was invested in 2013 in energy supply, a figure that has more than doubled in real terms since 2000, and a further $130 billion to improve energy efficiency.[/stextbox]

In Europe, it details how current market rules are not stimulating the investment needed in new thermal power plants, with implications – if these rules do not change – for the reliability of European electricity supply.

The investment path traced in the report falls well short of reaching climate stabilization goals, as today’s policies and market signals are not strong enough to switch investment to low-carbon sources and energy efficiency at the necessary scale and speed: a breakthrough at the Paris UN climate conference in 2015 is vital to open up a different investment landscape.

Some $53 trillion in cumulative investment in energy supply and in energy efficiency is required by 2035 to get the world onto a 2 °C emissions path. Investment of $14 trillion in efficiency helps to lower 2035 energy consumption by almost 15%, compared with the main WEO scenario.

Over the period to 2035, households need to make about half of total investment, businesses 40% and governments 11%.

At $40 trillion, energy supply investment remains at a comparable level, but unit investment costs rise as investment shifts from fossil fuels (where investment is almost 20% lower on average and coal is hit hardest) to the power sector. 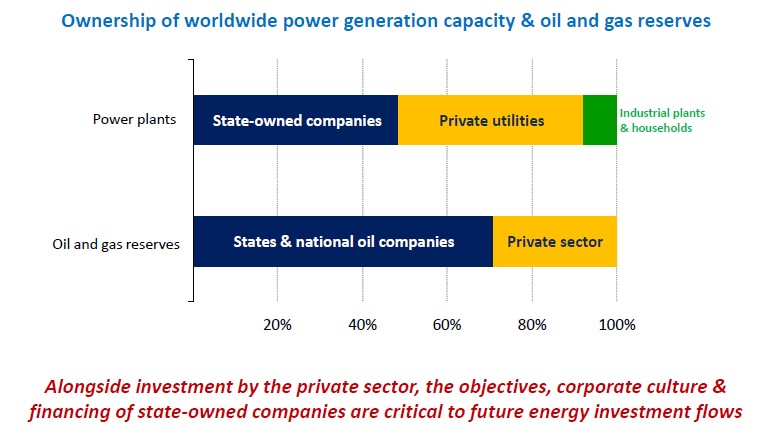 Some fossil fuel investments will be left stranded

Around $300 billion in fossil-fuel investments is left stranded by stronger climate policies. Consistent policy signals and innovative financing vehicles will be essential to see investment in low-carbon energy supply rise to almost $900 billion and spending on energy efficiency to exceed $1 trillion per year by 2035, double the respective amounts seen in 2035 in the main scenario.

The importance of clarity

In her comments, van der Hoeven addressed the fact that governments are ever more active in shaping energy markets and that investment decisions are being motivated by a range of policy concerns and by public awareness on a range of energy and environmental issues.

But a key message is that investment and finance are responsive to the quality of this policy making.

“Clear and credible signals from policy makers lower risks and inspire confidence,” she said. By contrast where there is a record of policy incoherence, confusing signals or stop-and-go policy cycles, investors end up paying more for their finance, consumers pay more for their energy, and some projects that are needed simply won’t go ahead.”