I recently launched a book that mapped out the disruptive global trends today’s companies needed to futureproof themselves against. The book in turn launched a stream of conversations, each person describing yet another sector, company or movement in need of futureproofing. 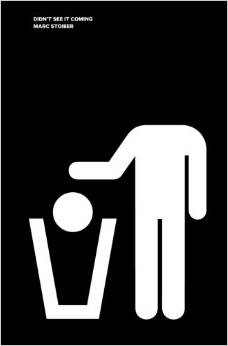 Break away from your past beliefs

I did not, however, expect Corporate Social Responsibility (CSR), itself a force disrupting the status quo of business, to be added to the list.

It was Wayne Dunn, Professor of Practice in CSR at McGill and President of the CSR Training Institute, who first described CSR’s ailment to me. In his words:

CSR is often somewhat ghettoized inside corporations, off playing in a sandbox of its own at the margins of the business.

Much of the reason for this is that the CSR professionals (myself included) have not done a good job of helping corporate divisions like Finance, Engineering, Operations, R&D, etc. to understand why CSR is important for them.

Recent research lent credence to Dunn’s assertion, underlining that all was not well in the CSR camp.  Despite widespread adoption of CSR in business, little meaningful progress has been made across a range of metrics. Greenhouse gas emissions, for example, have grown nearly twice as fast over the past decade as compared to the past 30 years.

We’ve seen enough case studies to know that CSR makes financial, as well as social and environmental sense. We also know that not adopting CSR will ultimately lead to business disaster.

So why isn’t CSR working? The obvious answer is that our current business model isn’t conducive to creating the radical change that’s needed to restore our planet’s health.

…if maximizing profit is our primary purpose, then everything else will be subservient to this aim. We can, perhaps, seek to optimize the returns we make while delivering a balanced range of environmental and societal impacts, but it is highly unlikely we can aim to maximize profits at the same time. We cannot serve two masters. In this framing, CSR only ever can be an adjunct to the main purpose of the business.

If that’s the case (and I believe it is), CSR will continue to be treated like risk management window dressing, creating little more than shiny reports to assuage shareholders. It will remain marginalized, and eventually die the quiet death of a failed experiment.

Peter Bakker, president of the World Business Council for Sustainable Development, described the demise of CSR in his talk at the Sustainability Science Congress in Copenhagen. However, his key argument was that leading companies are going beyond CSR by integrating sustainability into everything they do. Witness Nike’s Considered Design and Unilever’s Sustainable Living Plan. In short, the old-school concept of sustainability as risk management is being usurped by the idea of sustainability as innovation.

First, innovators thrive on constraint. As ad legend David Ogilvy said “Give me the freedom of a tight brief.” Being forced to design a car that goes further on less gas or packaging that biodegrades not only provides focus, but spurs original thinking.

Second, eco-innovation creates a culture that eco-responsibility can’t match. We may not be able to steer companies by the old ‘profit at all costs’ ethos anymore, but as the failed experiment of CSR has shown, we can’t expect business to adopt responsibility if there is no reward. Innovation provides that reward.

So is CSR doomed? Yes. But if innovation is what steps into its shoes, we shouldn’t be grieving its passing.

This article first appeared in Triple Pundit and is reprinted here with the kind permission of the author.