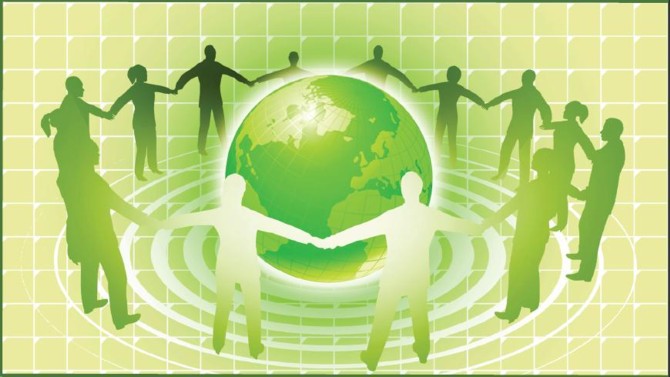 PARIS, July 9 (Thomson Reuters Foundation) – China’s climate-changing emissions from producing the energy it needs will be as large as the rest of the world’s emissions put together over the next 25 years, the incoming director of the International Energy Agency predicted on Thursday.

But new commitments to cut emissions by China, the United States, Europe and other countries, as part of a new global deal due in December to tackle climate change, will play a big role in pushing energy investment toward cleaner alternatives, economist Fatih Birol said.

Energy companies “need to take climate policy more seriously”, he warned at a week-long meeting of climate scientists in Paris.

“If they think their businesses … are immune to the impacts of climate policy, they are making a strategic mistake.”

By 2030, a quarter of the world’s energy will come from renewable sources, which will account for nearly 60 percent of new power capacity, with two-thirds of those plants in China, India, the United States and the European Union, Birol said.

At the same time, however, the use of coal for power is unexpectedly gaining ground, not only in economic powerhouses such as China and India but in fast-growing African nations like Angola, Benin, Tanzania and Sudan, said Ottmar Edenhofer, chief economist at the Potsdam Institute for Climate Impact Research.

The global surge in coal use, which is outpacing gains in energy efficiency and uptake of clean energy, is one reason – alongside economic growth and population increases – that greenhouse gas emissions continue to grow, he said.

The key to stopping it will be putting a price on carbon emissions to make cleaner sources of energy more attractive, something he called “not sufficient but essential and a necessary condition for any kind of climate policy”.

Making carbon emitters pay for the damage they do to the climate is politically unpalatable at the moment, he admitted. But using revenue from carbon taxes to fund access to clean energy or cut public debt could help drive acceptance, he said.

If “moderate” carbon prices were put in place in key African countries that are now making long-term investments in coal-fired power, the finance generated could help reduce inequality and fight poverty, Edenhofer said.

Eliminating fossil fuel subsidies could also free up huge sums in many countries for social spending, he said.

But Frank Geels, an expert in systems innovation and sustainability at Britain’s University of Manchester, warned “it’s political suicide for most countries to introduce a carbon price that bites”, despite it clearly being needed.

Another potentially effective but controversial way of reducing emissions would be to consider compensating oil, gas and coal companies for reserves they control but that should remain untapped to meet climate change goals, Geels said.

“In many transitions we need to compensate the losers,” he said. “If we do not, they will fight hand and tooth to resist any carbon price. It might be better to buy them out.”

We need social tipping points, where the average person thinks it’s not okay to build a smokestack or a tailpipe, or to use the sky as a dumping ground,

One problem with compensating for lost profits is that it could drive fossil fuel companies to continue exploring in search of even bigger pay-offs, he said.

Dealing with climate change will require building new alliances and finding ways of overcoming social and political resistance as much as developing new technologies, he added.

Persuading politicians to support the ambitious changes needed will require first getting voters to see taking action as important, said Ken Caldeira, a climate scientist with the Carnegie Institution for Science in the United States.

“We need social tipping points, where the average person thinks it’s not okay to build a smokestack or a tailpipe, or to use the sky as a dumping ground,” he said. “It’s only when the average person changes their thinking that things will change.”

Big shifts in social views are not unprecedented on major issues, he said. Gay marriage, once largely seen as socially unacceptable in the United States, is now legal in every state.

England abandoned the slave trade in the 19th century, losing 2 percent of gross domestic product in the process, because social pressure to end it hit a critical level, he said.

Such changes are already underway in China, where growing fears about pollution are driving government action to curb emissions, said Zhu Dajian, director of the UNEP-Tongji Institute of Environment for Sustainable Development.

The “driving force” for action on climate change in China is middle-class families who increasingly care not just about economic growth but about pollution and their quality of life, he said.

As a result of such pressure, “China’s government wants to do something,” he said. “We are facing a turning point.”