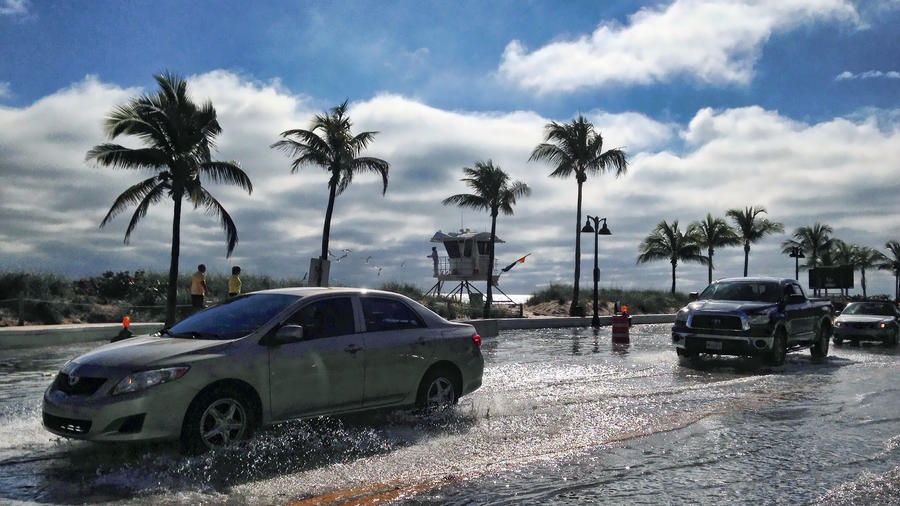 LONDON, 15 May, 2016 – Climate change could bring the equivalent of the flash flood to the modern city. That is because, as global temperatures rise, summer storms will deposit more moisture.

Australian scientists say peak rainfall will also be more intense, over a more confined area and over a shorter timespan. And when overwhelming levels of rain fall on asphalt, tiles and cement, drainage systems built for a different climate regime may fail to cope.

“As warming proceeds, storms are shrinking in space and time,” says Conrad Wasko, a PhD candidate in the school of civil and environmental engineering at the University of New South Wales (UNSW).

Most climate predictions are based on computer simulations that extend existing data. But this study is based on storms that have already happened.

Wasko and his colleagues report in Geophysical Research Letters that they analysed data from 1,300 rain gauges and 1,700 temperature stations across Australia to look for a link in the local temperature to the total precipitation, duration and area of a cloudburst.

The meteorologist’s rule of thumb is that the potential moisture content of the atmosphere increases by 7% with every 1°C temperature rise, so it follows that summer storms should potentially deliver more rainfall. The same scientists last year established that storms were getting briefer in duration.

“We are finding the pattern repeating itself
over and over, happening around Australia
and around the world”

The latest study looked at the area of rainfall and found that the heaviest downpour had moved nearer to the centre of each storm. And although the testing ground was confined to Australia, the study could have a message for city planners and hydraulic engineers worldwide.

Professor Ashish Sharma, one of the co-authors of the UNSW study, says: “Australia is a continent that spans almost all the climate zones in the world – Mediterranean, tropical, temperate, subtropical – everything except the Arctic or Antarctic. So the results hold a lot of value. We are finding the pattern repeating itself over and over, happening around Australia and around the world.

“Look at the incidence of flooding in Mumbai or in Bangkok last year – you see urban streets full of water. You see it now in Jakarta and Rome and many parts of Canada. That’s because the stormwater infrastructure cannot handle the rain, and part of the reason there’s more rain is the increase in global temperatures.”

In addition to record temperatures during heatwaves, Australia has been hit by devastating floods linked to climate change, and in 2010 so much rain fell on the continent that it made a measurable difference to sea levels.

The Australian authors had already predicted that floods in some places – especially the warmer urban areas – could increase by 40%. But there are a number of uncertainties.

“When we say that the storms are shrinking in space and shrinking in time, and we say floods will increase, we are making an assumption that the volume of water coming down is not changing,” Professor Sharma says.

“That assumption is very conservative, because you would expect the air to hold more moisture. If you factor in that as well, there’ll be even more rainfall, and more floods.” – Climate News Network

Doing more with less. Advanced countries must act on resource scarcity and waste.

The Long-Overdue Transformation of the Construction Industry