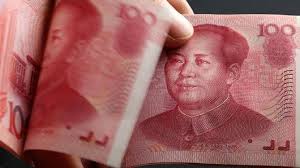 LONDON, 16 December, 2015 – China is missing no opportunity to build a future without fossil fuels, abroad as well as at home. Not only is it investing in the construction of the UK’s first new nuclear power station in 20 years: it has now decided to support the development of solar power in France.

The Chinese, the world’s largest polluters, are also leading investors in energy across the world. And most of that investment is in renewables.

Some of their investments, for example in hydropower, are controversial. But the money they are ploughing into non-fossil fuels outstrips the investments of the US and Europe combined across Asia, Africa and South America.

Even rich European countries, which are supposed under the Paris Agreement to be helping poor developing nations to adapt to climate change, are now relying on China’s money to finance their own electricity infrastructure.

Perhaps the biggest irony is that the Chinese are investing heavily in solar power in France, the home of Europe’s largest nuclear industry, and at the same time in nuclear power in the UK – where they are helping the French to build a giant nuclear power station.

If this takes a moment or two to sink in, it is not surprising. Despite their apparent wealth neither of the “rich” European countries can raise enough money through capitalism to finance their projects. But the Chinese state can see a business opportunity.

France, which still relies for more than 75% of its electricity on nuclear power, has fallen out of love with the technology and wants to boost renewable power to replace it.

Wind power is growing fast in France, but despite plentiful sunshine solar power has been slow to take off. Now the Chinese have stepped in with a €1 billion (US$1.09 bn) investment in solar sheds for French farmers.

The money is going into a Bordeaux-based company to finance 70,000 farm buildings with solar panels on their roofs, which will together produce 1GW of electricity, enough to power most of Paris. The Chinese get an outlet for their solar panel production and make money with their French partners by selling the energy produced by the sheds to the French grid.

The Chinese investor is the state-owned China General Nuclear Power Corporation (CGN), the same company that is helping the French build a nuclear power plant in Britain at Hinkley Point in the west of England, putting around €12 bn into the project.

The Chinese seized the opportunity because EDF could not find the finance to build the station on its own. Again, the Chinese will make their money by selling the electricity the power plant will produce back to the British at a premium price.

The long-term benefit to the Chinese, apart from the return on their capital, is that the British government will allow them to build nuclear power stations of their own design in the UK.

So while China battles with its own pollution at home and remains the world’s single biggest producer of greenhouse gases, its leaders clearly have an eye on the business opportunities of combating climate change across the world.

It is already the world’s largest producer of solar panels and wind turbines, and is building more nuclear power stations at home than any other country.

The strategic investments the Chinese had made in the world’s electricity infrastructure before the Paris Agreement had already made them a world leader in the field. It will be interesting to see what happens next. – Climate News Network