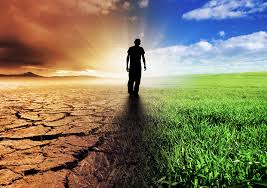 LONDON, 18 August, 2016 – More than half a million people worldwide are likely to die annually by 2050 because of the impact on agriculture of changing climate, according to an Oxford University study on the future of food.

The authors say the effects are likely to be felt most acutely in south and east Asia, but that the US will also be severely affected.

They identify reduced production and consumption of fruit and vegetables as a key concern, and say the effects of climate change on agriculture could be one of its most important consequences.

The World Health Organisation recommends that adults should normally eat at least 400 grams of fruit and vegetables daily, which unlike processed foods are low in energy and do not promote obesity. Red and processed meat consumption has been linked to some forms of cancer.

While there has been extensive research on food security, there has been less on assessing the wider health impacts of future changes in agricultural production.

The study, published in the UK medical journal The Lancet, links a detailed agricultural modelling framework − the International Model for Policy Analysis of Agricultural Commodities and Trade (IMPACT) − to a comparative risk assessment of changes in consumption of fruit and vegetables and red meat, and bodyweight for deaths from coronary heart disease, stroke, cancer, and a range of other causes.

The authors calculated the change in the number of deaths attributable to climate-related changes in weight and diets for the combination of four emissions pathways (one high, one low and two medium) and three socio-economic pathways (sustainable development, middle of the road, and more fragmented development).

The model projects that, by 2050, climate change will lead to per-person reductions of 3.2% in global food availability. Consumption of red meat is projected to fall by 0.7%, but that of fruit and vegetables by 4%. These changes will be associated with 529,000 annual climate-related deaths worldwide.

The model suggests 248,000 people will die each year in China by 2050 because of climate- linked decreases in food production. India faces a yearly loss of 160,000 people, with Vietnam, Bangladesh and the US next in line.

Marco Springmann, lead author of the study and post-doctoral researcher in the department of population health at the Oxford Martin Programme on the Future of Food, says that nations’ mortality rates and the magnitude of climate and yield shocks had to be taken into account. “The US comes in fifth because of its high population and its vulnerability to climate shocks,” he explains.

The study says the health effects of climate change from changes in dietary and weight-related risk factors could be substantial and could exceed other climate-related health impacts. Strengthened public health programs aimed at preventing and treating risk factors related to diet and weight could be a suitable climate change adaptation strategy.

Dr Diarmid Campbell-Lendrum, who leads the climate change and health team at the World Health Organisation, told thethirdpole.net: “The scale of the difference between the new estimates and those that we published a couple of years ago is quite surprising. The largest differences appear to be because of the impacts on consumption of fruits and vegetables.

“This is plausible as we know that low levels of consumption of these types of foods are now a major killer – but it is important to point out that there has been much less research on the effect of climate change on the production, and then the availability, of fruits and vegetables than there has been on staple crops.” – Climate News Network

July was hottest month on record for the globe