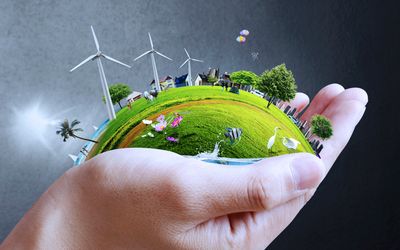 London March 26, 2015 – Governments cannot yet evaluate whether ‘green’ policies are creating or destroying jobs due to a lack of data and poor methods, according to a new report published by the Grantham Research Institute on Climate Change and the Environment at London School of Economics and Political Science.

The authors of the report, Dr Alex Bowen and Dr Karlygash Kuralbayeva, recommend a number of improvements that are needed by governments and other policy-makers, including reaching an agreement about a common definition of a ‘green job’ that is applied consistently across the world.

The report states: “There are many claims and counter-claims about whether ‘green growth’ creates or destroys jobs.  But fully assessing the consequences of environmental policies for employment presents a considerable challenge, and at present it is not possible for policy-makers to assess conflicting claims about the quality and quantity of ‘green jobs’ that have already been created, or may be created in the future.”

It notes that the compilation of national green jobs statistics in the UK and United States has “slackened”, and calls for them to “restore the momentum”.

The report highlights different ways that are being used to assess green jobs: “One approach is to focus on categorizing existing jobs that help provide environmental and resource management services”.

The report states: “There is some evidence that such jobs are growing in number – a bit faster than employment as a whole – but from a low base. But with climate change mitigation measures strengthening around the world, it is important for national statistical agencies to get a better grasp on what is happening to employment (and GDP) in these industry sectors, so that they can alert policy-makers to the extent of structural change that such policies are inducing.” 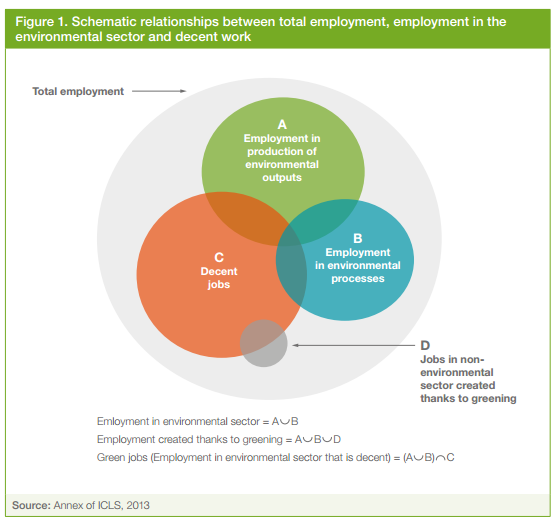 However, the report also draws attention to another approach which involves counting “the jobs created and destroyed directly when firms adopt low-carbon technologies and switch to lower carbon inputs, regardless of the primary output of the firms”. It states: “Such an approach is also helpful in assessing the scale of structural change required by the transition to green growth”.

The authors of the report conclude that policy-makers need better information about how green policies also affect labour markets indirectly though supply chains and through changes in overall demand. It states: “The consequences of green policies for labour markets working through macroeconomic channels – such as changes in labour productivity and the costs of employment – are often overlooked.”

The report also stresses that “[f]rom the perspective of national policy-makers, the net change in total employment (and average job quality) across the economy as a result of green policies is at least as important as the direct gross change in employment in environmental sectors.”

And the overall net impact on employment will depend on factors such as the degree of spare capacity in the economy, what governments do with the revenues from environmental taxes and how much extra investment there is in low-carbon infrastructure and innovation.

The report states: “It is important for national statistical agencies to get a better grasp on what is happening to employment in terms of low-carbon industry, so that they can alert policy-makers to the extent of structural change that such policies are inducing.” The potential for job creation is considerable, with the right labour market policies.

But headline figures about the number of ‘green jobs’ created by environmental policies are misleading by themselves since they do not account for the number of ‘brown jobs’ in dirty industries that are lost as a result, nor for knock-on effects in the rest of the economy.

The report states: “National policy-makers should develop strategies for coping with employment losses in the sectors that will suffer from green growth policies, remembering that this may include sectors hit by higher real prices for currently carbon-intensive inputs (such as electricity, aluminium and cement).”

The report on ‘Looking for ‘green’ jobs: The impact of green growth on employment’ was produced as part of the Grantham Research Institute’s programme on ‘Growth and the economy’, sponsored by the Global Green Growth Institute.