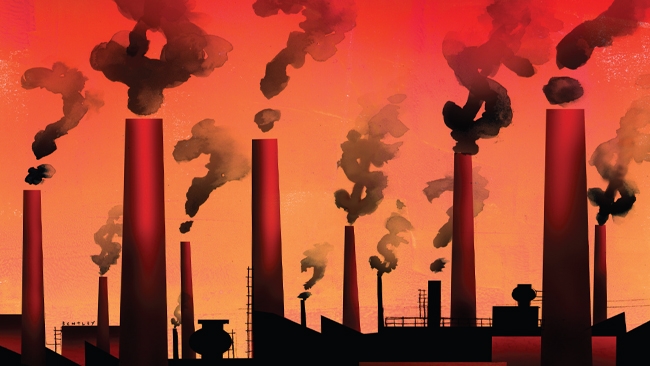 July 13, 2015 – Countries will benefit economically from almost all of the actions needed to limit global warming to no more than 2°C above pre-industrial levels, according to a new report.

The paper published by the Grantham Research Institute on Climate Change and the Environment and ESRC Centre for Climate Change Economics and Policy at London School of Economics and Political Science suggests that individual countries have large incentives to make ambitious reductions in greenhouse gas emissions and to agree to strong collective action at the United Nations climate change conference in Paris in December.

The author of the paper, Fergus Green, says the vast majority of emissions cuts needed to decarbonize the global economy this century can lead to domestic economic benefits that outweigh the costs for individual countries, even before the avoided risks of dangerous climate change are taken into account.

“All things considered, I conclude that there is a very strong case that most of the mitigation action needed to stay within the internationally-agreed 2°C limit is likely to be nationally net-beneficial,” he writes.

The paper argues that these and other benefits more than justify the costs of decarbonization. Furthermore, investments in low-carbon energy will likely be more than paid back by the falling cost of renewable sources, such as solar and wind, and by reduced spending on fossil fuels.

“The majority of the global emissions reductions needed to decarbonize the global economy can be achieved in ways that are nationally net-beneficial to countries, even leaving aside the ‘climate benefits’.”

The paper also attacks the claim that it is in each country’s interests to minimize their own action on climate change in an attempt to ‘free-ride’ on the efforts of other nations. Countries would gain by working together to bring down the costs associated with a transition to a low-carbon economy and sharing the benefits that low-carbon investment would deliver.

“The findings of this research suggest that the traditional assumption that action on climate change is net-costly is false. Those who think there is an incentive for countries to ‘free-ride’ on the climate protection provided by others are very much mistaken. Countries should see the climate talks in Paris this December as an opportunity to work with each other to deliver as quickly as possible the mutual gains that can result from decarbonizing the economy.”