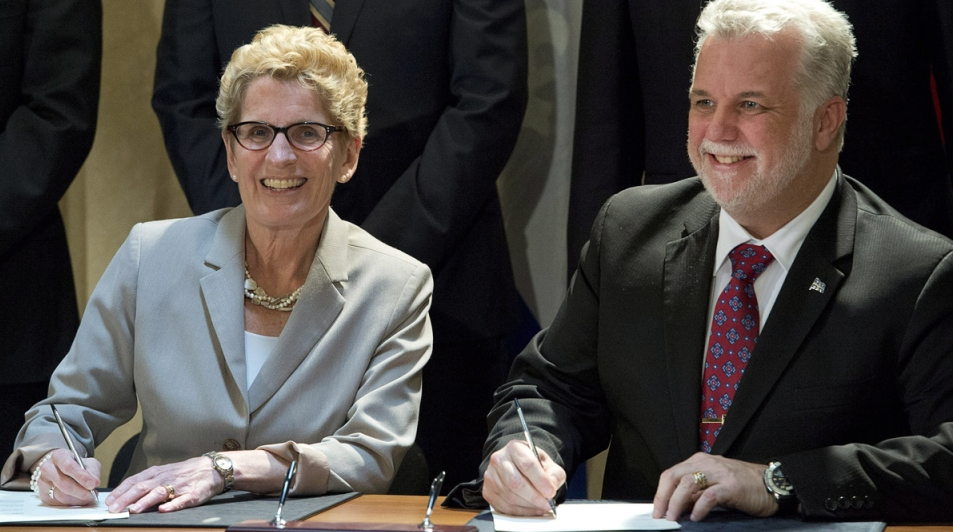 July 9, 2015– Ontario and 21 other states and regions have signed the first-ever Pan-American action statement on climate change.

The Climate Action Statement highlights the urgency of combating climate change, affirms that state, provincial and municipal governments are leaders in achieving global climate action and acknowledges the need to work together to continue reducing greenhouse gas pollution.

The statement includes commitments to:

Signatories include representatives of states and regions from across the Americas, including Brazil, Mexico, the U.S. and Canada. 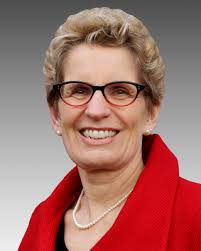 “Across the Americas, subnational regions like Ontario are leading the way on climate change policy,” said Ontario Premier Kathleen Wynne.

“The Pan-American action statement that we signed today unites us and takes us a step closer to achieving a progressive agreement at COP21 in Paris. Together, we are finding innovative ways to combat climate change while driving growth in a more sustainable, prosperous and equitable low-carbon economy.”

Her views were echoed by California Governor Jerry Brown.

“Action by states is absolutely crucial and we have to mobilize together,” said Governor Brown. “That’s the only way we’re going to be able to change the direction of where the world is going. The stakes couldn’t be higher and the hour is late. We know what we have to do and these jurisdictions before you are committed to getting it done.”

Other notables at the Climate Summit of the Americas included Quebec Premier Philippe Couillard, Paul Davis, Premier of Newfoundland and Labrador, Al Gore, Former Vice President of the United States and Chairman of The Climate Reality Project, and Felipe Calderón
Former President of Mexico and Chair of the Global Commission on the Economy and Climate.

“We now have clear evidence of states, provinces, cities, and businesses leading the way on climate action and achieving strong economic growth at the same time.” Felipe Calderón, Former President of Mexico and Chair of the Global Commission on the Economy and Climate

Text of the Climate Action Statement

The Climate Action Statement highlights the urgency of combatting climate change, affirms that state, provincial and municipal governments are leaders in achieving impactful global climate action and acknowledges the need to work together to continue reducing greenhouse gas pollution.

Climate change is one of the greatest challenges facing the world today. It is a threat to our environment, our economic prosperity and the sustainable development of our societies. Its impacts will affect our infrastructure, our public health and safety, and our food security.

The Intergovernmental Panel on Climate Change (IPCC) has concluded that global warming is unequivocal and that human influence on the climate system is clear. While the international community has set an objective of limiting global warming to 2°C, the International Energy Agency has warned that the world is currently heading for between 3.6°C and 5.3°C of warming.

Achieving 2°C will require global emissions to approach zero by the second half of the century. This challenge requires all nations, states, regions, cities, businesses, Indigenous peoples, and civil society to play a role, bringing their respective strengths and capabilities to bear on the transition to a cleaner, more resilient future.

Good climate policy is good economic policy. State, regional and municipal governments will work with their partners, including industries like the auto sector, environmental groups and communities to help businesses stay competitive and improve our health and quality of life.

State, regional and municipal governments across the Americas are demonstrating sustained leadership on the path to deep emissions reductions by 2050. State, regional and municipal governments are setting standards for impactful global climate action with approaches that reflect local needs and strengths – phasing out coal, committing to renewables, investing in clean technology, putting in place carbon pricing mechanisms, and setting ambitious climate targets.

So alongside the intended nationally determined contributions (INDC) being put forward by national governments under the United Nations Framework Convention on Climate Change (UNFCCC), today we, the leaders of State/Provincial and Municipal governments across the Americas, put forward our own climate commitments.

These commitments allow flexibility for locally determined actions and approaches, and we support them by agreeing to undertake or participate in one or more of:

GHG emission reduction targets or other quantitative commitments recently made by signatories that contribute to the United Nations Framework Convention on Climate Change (UNFCCC) objective of limiting the increase in global temperature to below 2 degrees Celsius, recognizing that developed and developing jurisdictions may set different targets.

Commitments by governments to join the Under 2 MOU and undertake concrete actions across sectors such as energy and transportation. (Appendix II: Under 2 MOU)

Support for carbon pricing as an effective way of encouraging emission reductions, including identifying opportunities for linking systems as much as possible. Additionally, today governments commit to join the World Bank Carbon Pricing Leadership Coalitionand endorse the World Bank’s “Put a Price on Carbon Statement”. (Appendix III: Putting a Price on Carbon Statement)

We invite other state, regional and municipal governments to join us in this effort. We also call on national leaders to: learn from and build on these actions, work with us to support and expand low-carbon opportunities, develop ambitious INDCS, and finalize a global agreement at the UN Climate Change Conference in Paris later this year in line with the goal of avoiding dangerous climate change. 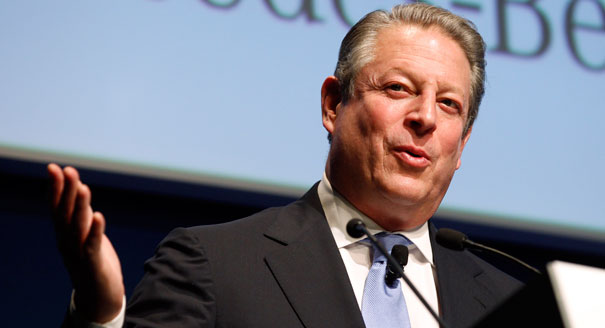 “Around the world, people are calling on their leaders to take climate action and the elected officials represented here are demonstrating the bold leadership we need. The Climate Action Statement will not only reduce emissions in the regions represented, but will inspire stronger federal action and bolster a historic agreement in Paris. ” Al Gore Former Vice President of the United States and Chairman of The Climate Reality Project