The economics of air pollution 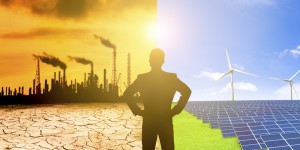 June 09, 2016 – Outdoor air pollution could cause 6 to 9 million premature deaths a year by 2060 and cost 1% of global GDP – around USD 2.6 trillion annually – as a result of sick days, medical bills and reduced agricultural output, unless action is taken, according to a new OECD report.

The Economic Consequences of Air Pollution finds the consequent reduction in global economic output by 2060 will equate to around USD 330 per person, as annual healthcare costs related to air pollution rise to USD 176 billion from USD 21 billion in 2015 and the number of work days lost to air pollution-related illness jumps to 3.7 billion from 1.2 billion.

“The number of lives cut short by air pollution is already terrible and the potential rise in the next few decades is terrifying. If this is not motivation enough to act, this report shows there will also be a heavy economic cost to not taking action,” said OECD Environment Director Simon Upton, presenting the report at the 8th Environment for Europe Ministerial Conference in Batumi, Georgia. “We must prevent these projections from becoming reality.”

Outdoor air pollution caused more than 3 million premature deaths in 2010, with elderly people and children most vulnerable. The OECD projections imply a doubling, or even tripling, of premature deaths from dirty air – or one premature death every four or five seconds – by 2060.

The biggest rises in mortality rates from air pollution are forecast in India, China, Korea and Central Asian countries like Uzbekistan, where rising populations and congested cities mean more people are exposed to power plant emissions and traffic exhaust.

Premature death rates are forecast to be up to three times higher in 2060 than in 2010 in China and up to four times higher in India. Death rates are seen stabilising in the United States and falling in much of Western Europe thanks in part to efforts to move to cleaner energy and transport.

Projected GDP losses will be biggest in China, Russia, India, Korea and countries in Eastern Europe and the Caspian region, as health costs and lower labour productivity hit output. Poor air quality will hit China’s economy harder than India’s because differences in household savings rates and demographics mean the knock-on effects of lower productivity and increased health spending on the rest of the Chinese economy will be much larger.

A reduction in crop yields as a result of dirty air will weigh on most countries’ economies. Exceptions will include Brazil, Russia and some Latin American countries where agricultural land is set to be less affected, meaning improved export competitiveness and thus economic gains.

The report also examines the negative impact of outdoor air pollution in terms of the price people would be willing to pay each year to not have their health impaired or their lives cut short by it. This hypothetical annual value of air pollution is seen rising from less than USD 500 per person in 2015 to as much as USD 2,800 in 2060.