Emissions growth can be slowed to a crawl – IEA

PARIS, October 21 – If all countries meet the goals outlined in their pledges in the run up to the Paris Climate Summit, growth in energy-related emissions– which account for two-thirds of total greenhouse gas emissions –will slow to a relative crawl by 2030.

A Special Briefing was released this week by the International Energy Agency (IEA) on the energy sector implications of national climate pledges (known as Intended Nationally Determined Contributions or INDC’s) submitted for the upcoming climate summit in Paris (COP21).

“The fact that over 150 countries – representing 90% of global economic activity and nearly 90% of global energy-related greenhouse gas (GHG) emissions – have submitted pledges to reduce emissions is, in itself, remarkable,” said IEA Executive Director Fatih Birol.

“These pledges, together with the increasing engagement of the energy industry, are helping to build the necessary political momentum around the globe to seal a successful climate agreement in Paris” 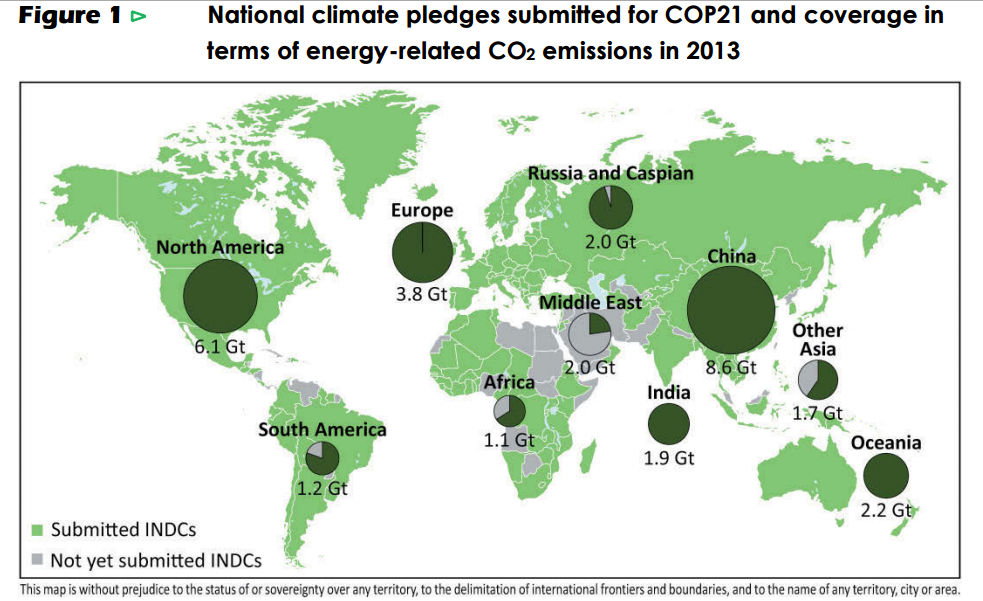 We can make it after all!

The WEO special briefing finds that all of the INDC submissions take into account energy sector emissions and many include specific targets or actions to address them.

If these pledges are met, then countries currently accounting for more than half of global economic activity will see their energy-related greenhouse gas emissions either plateau or be in decline by 2030.

Global energy intensity, a measure of energy use per unit of economic output, would improve to 2030 at a rate almost three times faster than the rate seen since 2000.

In the power sector, 70% of additional electricity generation to 2030 would be low-carbon. Significantly, the power sector – the world’s largest source of energy-related carbon-dioxide (CO2) emissions – sees emissions plateau at close to today’s levels, effectively breaking the link between rising electricity demand and rising related CO2 emissions.

But it will be costly

The full implementation of these pledges will require the energy sector to invest $13.5 trillion in energy efficiency and low-carbon technologies from 2015 to 2030, an annual average of $840 billion.

However, despite these efforts, the pledges still fall short of the major course correction necessary to achieve the globally agreed climate goal of limiting average global temperature rise to 2 degrees Celsius, relative to pre-industrial levels.

Low-carbon technologies move to the forefront of energy sector investment

“The energy industry needs a strong and clear signal from the Paris climate summit. Failing to send this signal will push energy investments in the wrong direction, locking-in unsustainable energy infrastructure for decades,” emphasized Dr Birol. 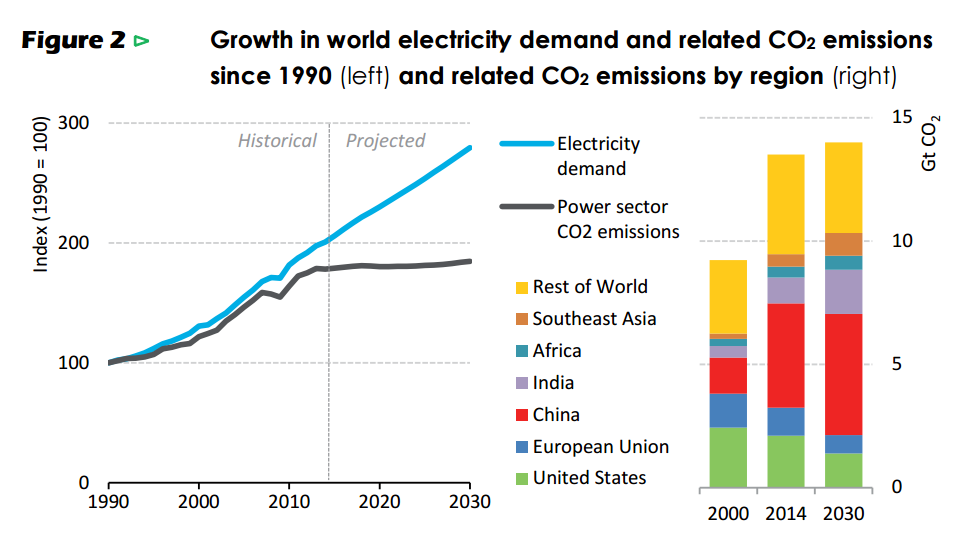 Achieving the ultimate climate goal will also hinge critically on innovation in the energy sector and on the deployment of new and emerging energy sector technologies that have the potential to deliver the transformational change needed to achieve deep levels of decarbonisation in the decades to come.

The World Energy Outlook 2015 will be launched on November 10 in London.

Are we at a climate crossroads?