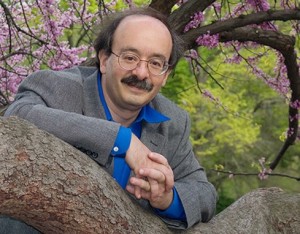 This week is the seventh Climate Week NYC. The annual event brings together influential global figures—and new voices—from the worlds of business, government, and society who are leading the low-carbon transition.

We live in an exciting time, when more companies and investors are committed to bold climate leadership than at any other time in history. RMI/CWR is proud to be part of Climate Week. We know that the transition to a low-carbon economy is essential, and is the only pathway to long-term sustainable economic growth. Bold climate action is not a burden, but a historic opportunity!

Today kicks off Climate Week NYC, the seventh such annual event. But it was four years ago that Rocky Mountain Institute’s (RMI’s) Reinventing Fire predicted that “climate protection…will be led more by countries and companies than by international treaties and organizations, more by the private sector and civil society than by governments, more by leading developing economies than by mature developed ones, and more by efficiency and clean energy’s economic fundamentals than by possible future carbon pricing….” How are those four shifts doing?

In 2013 alone, renewable energy other than big hydropower received $254 billion of global investment; energy efficiency, $310–360 billion; and cogeneration of electricity with useful heat, about $70 billion. These three carbon-savers thus attracted about $650 billion of capital in one year.

Long-term fixed-price contracts to sell new U.S. windpower and utility-scale solar power have lately averaged below $0.025 and $0.04 per kWh, respectively. Those are net of federal subsidies, but wind’s has expired, solar’s will drop by two-thirds at the end of next year, and both will still win (though not as quickly in as many places) despite fossil fuels’ larger, decades-old, permanent subsidies. Unsubsidized wind and solar will still average below $0.04 and $0.06 per kWh respectively, beating new fossil-fueled plants by two- to three-fold and closing many as simply uneconomic.

In the next 15 years, fossil-fueled plants are expected to halve their capacity growth (not counting bigger retirements), renewables to double theirs.

That’s exactly what’s happening. In the next 15 years, fossil-fueled plants are expected to halve their capacity growth (not counting bigger retirements), renewables to double theirs. A simultaneous shift of scale to what the Economist calls “micropower”—renewables minus big hydro, plus cogeneration—now has half the new generation market and produces one-fourth of the world’s electricity.

Cheaper still is energy efficiency, with utilities’ programs averaging $0.02–0.03 per kWh and optimally designed investments often much less—even below zero. Moreover, efficiency dwarfs even the quarter-trillion-dollar and 80-billion-watt annual additions of global renewable energy (other than big hydro dams). U.S. energy savings since 1975, mostly from smarter technologies, have cut cumulative energy use 31 times more than renewable growth raised supplies. Yet efficiency remains invisible while the renewables sprouting on roofs and landscapes enjoy the limelight. Despite U.S. renewables’ rapid growth, savings’ growth in 2014 was three times bigger.

As developed countries’ buildings, factories, and mobility get efficient faster than they grow, they’re using less energy. America’s and Europe’s electricity and gasoline use has been falling since 2007. Australia’s electricity use has plummeted while its solar adoption per capita reached about ten times California’s. Since Fukushima, Japan’s lost nuclear output has been half displacedby efficiency, frugality, and renewables. And last year, renewables provided 10 percent of Britain’s electricity consumption, 13 percent of America’s, 20 percent of Ireland’s, 27 percent of Germany’s, 33 percent of Italy’s, 46 percent of Spain’s, 50 percent of Scotland’s, over 50 percent of Denmark’s, and 64 percent of Portugal’s. Germany’s fossil-fueled generation hit a 35-year low, renewables were its biggest power source, and its wholesale power prices were half those of 4½ years ago, with April on-peak prices below off-peak.

In each of the past three years, China produced more windpower than nuclear power. India did the same for the past two years, has quadrupled its renewable targets,  and aims to build a world-class solar industry.

Yet over half the world’s renewable installations and investments last year were in developing countries, led by China. China keeps cutting its energy intensity 4–5 percent a year, adding fewer coal plants and running them less, and burning less total coal. China added more solar PV capacity in 2013 than the U.S. added since inventing it 61 years ago. In each of the past three years, China produced more windpower than nuclear power. India did the same for the past two years, has quadrupled its renewable targets,  and aims to build a world-class solar industry. Both countries also have immense efficiency potential, partly because they’re building so much infrastruc­ture and can more easily build it right than fix it later.

Coal is thus in terminal decline; Peabody’s stock is down 97 percent.

PRIVATE-SECTOR AND CIVIL-SOCIETY LEADERSHIP SUPPLEMENTS AND MAY SUPPLANT GOVERNMENTS’

With few exceptions, such as Denmark, Iceland, Norway, and usually China, government energy policies are variable in quality and erratic over time. American energy legislation has been nearly paralyzed for over a decade, leaving only executive-branch opportunities and state and local initiatives (which fortunately are far more important and often vibrant, as are military initiatives). National policy in Australia, Britain, Canada, Hungary, Japan, Poland, and Russia usually undercuts efficiency and renewables despite contrary rhetoric. The clean-energy star is rising through clouds in France, India, Korea, Mexico, and Sweden while it dims in Italy and Spain. German policy remains broadly consistent, and so successful that a major disinformation campaign claims the opposite, but has lately shifted market power from citizens back to big firms.

This fluctuating policy environment raises cost and risk for private firms, which need clarity, transparency, and consistency to invest effectively in decades-long change.

COUNTRIES’ AND COMPANIES’ ACTIONS PULL AHEAD OF DIPLOMATS’ NEGOTIATIONS

Five years ago, most pundits opined—and activists despaired—that nothing could be done about climate change without a binding global treaty. Today, spurred by ever-starker evidence of climate perils, and with leadership from Pope Francis to The New Climate Economy and from the grassroots to the pinnacles of finance and industry, disparate interests are converging on a Paris agreement in December. China–U.S. climate cooperation makes this far more likely. However it turns out, the world’s climate conversation seems to have passed a tipping point toward a constructive direction led by popular demand, national example, and corporate purpose.

If RMI’s Reinventing Fire (2011)—for which the U.S. is essentially on track—is potentially a model for developed countries and Reinventing Fire: China (2016) for developing countries, both together could start to provide a model for the world. The U.S. synthesis showed how to raise 2010 energy and carbon productivity 3- and 16-fold respectively by 2050, and preliminary results from the China synthesis showed 7- and 12-fold, both trillions of dollars cheaper than business-as-usual. That’s a winning formula for a clean, secure, prosperous, low-carbon energy future for all.

Paris may mark the crucial shift of the climate conversation from cost, burden, and sacrifice to wealth creation, jobs, and competitive advantage

Corporate purpose combines serving customers and employees, expanding markets, making profits, building brands, and sustaining the conditions that prosperity and life itself require. Investors and directors are focusing on these imperatives. Six years ago, the Copenhagen climate conference reminded us how hard it is to price carbon and craft international cooperation if policymakers assume, as many still do from misapplied economic theory, that climate protection must be costly. RMI has been pointing out for more than a third of a century that this assumption is empirically wrong (e.g., Least-Cost Energy: Solving the CO2 Problem,1981).

Business practitioners prove daily that saving fuel costs less than buying fuel, let alone burning fuel; that’s how Dow already returned $9 billion on a $1-billion efficiency investment. As such business experience gets noticed, eminent groups are now starting to accept they got the sign wrong, so we must focus on turning market failures into business opportunities. If that meme spreads, Paris may mark the crucial shift of the climate conversation from cost, burden, and sacrifice to wealth creation, jobs, and competitive advantage. That recognition of market realities could so simplify and sweeten the politics that any remaining resistance can melt faster than the glaciers.

Now more than ever, the biggest levers for energy transformation—business logic, smart policy, public demand, and an insistent Mother Nature—can build on each other at that critical moment when, as Dana Meadows said, we have exactly enough time, starting now.

This article was originally posted on RMI Outlet and is reprinted here with the kind permission of the author.