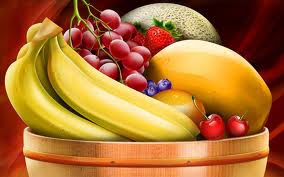 LONDON, 14 March, 2017 – Scientists have worked out how to combat climate change and improve human health, one mouthful at a time.

The answer is a familiar one: they calculate that a relatively modest switch towards a more vegetable-based diet could, in the US at least, lead to a reduction of 222kg in greenhouse gas emissions per person per year, while cutting the relative risk of coronary heart disease, colorectal cancer and type 2 diabetes by 20% to 40%.

It could also reduce US healthcare costs by at least $77bn a year and possibly $93bn.

The US spends $3tn on healthcare every year – 18% of gross domestic product – and a significant proportion of health costs are associated with obesity and illnesses linked to diet.

Researchers have repeatedly linked some health risks to a diet of red and processed meats, and environmental scientists have repeatedly identified cattle and other livestock as an expensive way – in terms of emissions of the greenhouse gases that drive global warming – to deliver calories and proteins that are more efficiently available from grains and pulses.

Not only does livestock farming deliver higher volumes of greenhouse gases, but the consequent global warming imperils grain yields, and in turn hopes of a healthier diet. China, in particular, has declared an ambition to reduce meat consumption in the national diet.

“People have looked at what effect diets have both
on climate and on health, but they’ve never examined
the potential to mitigate climate change through the food
system and the healthcare system together”

The latest research, in the journal Climatic Change, models the impact of a dietary shift both on the climate and on human health in one country.

“To my knowledge, this is the first time anyone has done this,” says David Cleveland, a geographer and research professor at the University of California at Santa Barbara, who directed the study.

“People have looked at what effect diets have both on climate and on health, but they’ve never examined the potential to mitigate climate change through the food system and the healthcare system together.”

Food production in the US accounts for about 30% of total US greenhouse gas emissions. The researchers, from Oxford in the UK and Lund in Sweden as well as California, used data already available on the links between diet and disease.

They gathered research on the consequences of healthier diets and the impact on emissions. They also looked at what a change of diet could do for health costs.

They then took the standard recommended 2,000-calorie daily diet and simulated changes in the source of about half the calories. They reduced the levels of red and processed meats, doubled fruit and vegetable intake, and proposed peas and beans to replace the reduced meat proteins.

They replaced refined cereals with whole grains. They left alone the levels of added sugar along with dairy, eggs, fish and white meat. These changes would be enough, they calculated, to reduce greenhouse gas emissions per person by 222kg to 826kg a year.

The researchers found that the more stringent of their proposed diets – one without red meat or processed meat – made a substantial difference to national health costs, particularly for colorectal cancer, coronary heart disease and type 2 diabetes.

“There was a saving of $95bn out of the total annual cost of $230bn for those three diseases,” says Professor Cleveland. “That’s not huge compared with the $3tn total in healthcare costs, but it’s a start. Results like these can also help motivate individual and policy changes.” – Climate News Network

Human impact on Amazon is nothing new