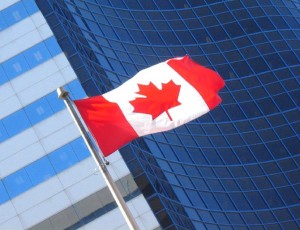 OTTAWA, 25 February – In an in-depth review of Canada’s energy policies the International Energy Agency (IEA) appreciates the country’s role as a major energy producer and welcomes its renewed climate ambitions.

“As a leading exporter of oil, coal, natural gas, uranium and hydropower, Canada is a cornerstone of global energy markets and energy security,” said IEA Executive Director Fatih Birol as he presented the report, Energy Policies of IEA Countries – Canada 2015.

“We very much welcome that the new federal government is collaborating closely with provinces and territories to turn Canada’s COP21 climate pledges into concrete energy policies.”

Since the last IEA review in 2009, Canada has made progress towards its climate goals: it has adopted stringent federal emission standards for coal-fired power plants and demonstrated leadership in technology and innovation.

Today, four carbon capture and storage (CCS) projects have started or are underway in Canada.

Opportunities for energy efficiency gains are still large in Canada’s buildings and industry sectors, as the country has one of the highest rates of energy consumption per capita among IEA members.

The report puts forward concrete recommendations for improving electricity and other energy infrastructure across the country and for boosting clean energy technologies investment.

The government of Canada needs to devise mechanisms for provincial and territorial governments’ collaboration towards stable and longer-term policies and ensure regulatory certainty of mitigation policies.

This includes developing carbon markets, energy productivity targets and a dedicated strategy to fund energy research, development, and demonstration, among others.

Canada has been strongly impacted by the current low-price environment in global oil and natural gas markets and the shale gas and tight oil revolutions in North America.

However, in the medium to longer term, Canada will benefit not only from market opportunities in Asia and other regions, but most of all from strong market integration across North America, as the United States too enters the global oil and gas trade.

In this context, the IEA welcomes the landmark agreement reached between the energy ministers of United States, Mexico and Canada on closer co-operation and alignment on clean energy, energy data and climate policies, for which groundwork had been done throughout 2014 and at the IEA Ministerial in Paris in November 2015.

The IEA supports the trilateral efforts in the framework of Mexico’s accession to full membership of the IEA.

“While today’s low oil prices may drag down returns and pressure future investment, these conditions will not last forever,” Dr. Birol said. “By ensuring responsible energy production and use, Canada can continue to develop its resources while balancing economic and sustainability goals.”

Energy Policies of IEA Countries – Canada 2015 is available for free download here. Download the presentation at the report’s launch here.