PARIS, 1 Dec, 2015 – Two of the biggest emitters of greenhouse gases, India and China, are changing. But while hopes remain high at COP21 − the UN climate change conference − for an effective agreement to reduce emissions, two Indian analysts say there are bleaker realities to be faced.

Their verdict is stark: “The 2015 COP is crucial because it can determine the direction to be taken by global energy generation systems after 2020. But, by current indications, this opportunity will at best lead to a . . . program that will be too weak to combat climate change effectively.”

In a briefing called Hot Air: Climate Negotiations and India, Joydeep Gupta and Tirthankar Mandal, of the India Climate Dialogue news and discussion forum, list some of the reasons they are apprehensive about what Paris can achieve. 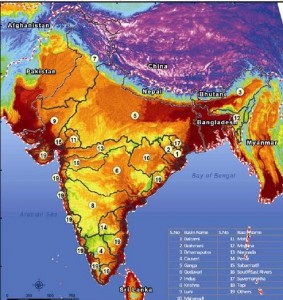 First, they see a split between the emerging economies and the rest of the developing world over what the UN calls “common but differentiated responsibilities” – the fact that developed countries have been emitting greenhouse gases for centuries, unlike the poorer world, and should therefore do more to remedy the problem.

They point out that the first priority for India, where more than 300 million people still have no access to electricity, is to ensure development.

While it has ambitious plans to generate 40% of its electricity needs from renewable sources such as solar power by 2030, India insists that it must also expand coal-based power generation to achieve its development aims.

Gupta and Mandal write: “The split has been encouraged by the US and some other rich countries, which point out that China and India are now the world’s largest and fourth largest emitters, but gloss over the fact that rich countries have placed almost all the greenhouse gases that have been accumulating in the Earth’s atmosphere from the start of the Industrial Age.

“The pressure to control emissions will be increasingly on emerging economies, since these are the ones – especially India – whose emissions are predicted to grow significantly”

“They also gloss over the fact that per capita emissions in China are one-third of those in the US, and those in India one-tenth. The split has enabled rich countries led by the US to effectively dismantle the original UNFCCC pillar of differentiation between rich and poor nations.

“Now – except on paper – there is no top-down legal global emission reduction target to be allocated to rich nations. Instead, there are voluntary bottom-up INDCs [Intended Nationally Determined Contributions].”

Coupled with that is the European Union’s eagerness for the Paris agreement to have legal force. The French president, François Hollande, has said that there can be no agreement without this. But the US Congress is almost certain to reject such a move, so probably the Paris outcome will be a voluntary pledge-based emission reduction mechanism.

“The big problem with that,” Gupta and Mandal write, “is that the increasingly scary findings of scientists will have little impact on commitments. At best, this mechanism will mean global average temperature rise does not shoot beyond 3°C, the point identified by scientists after which they find it very difficult to predict impacts.

“This will also mean that the pressure to control emissions will be increasingly on emerging economies, since these are the ones – especially India – whose emissions are predicted to grow significantly.”

The Paris summit, they write, is likely to come up with a common minimum programme, but even to implement that will need trillions of dollars − and the most glaring problem is the lack of money.

The rich world pledged at the Copenhagen climate talks in 2009 to provide $100 billion a year by 2020, but “the Green Climate Fund has only about 10% of that in its kitty right now”. And finance is likely to be one of the key issues at the summit. – Climate News Network

How the circular economy could end take-make-waste businesses