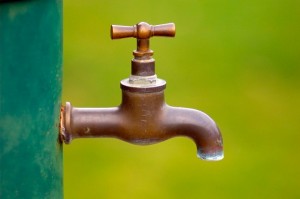 30 JUNE 2015 ¦ GENEVA ¦ NEW YORK – Lack of progress on sanitation threatens to undermine the child survival and health benefits from gains in access to safe drinking water, warn WHO and UNICEF in a report tracking access to drinking water and sanitation,

The report, Progress on sanitation and drinking water: 2015 update and MDG assessment, says worldwide, 1 in 3 people, or 2.4 billion, are still without sanitation facilities – including 946 million people who defecate in the open.

“What the data really show is the need to focus on inequalities as the only way to achieve sustainable progress,” said Sanjay Wijesekera, head of UNICEF’s global water, sanitation and hygiene programmes.

“The global model so far has been that the wealthiest move ahead first, and only when they have access do the poorest start catching up. If we are to reach universal access to sanitation by 2030, we need to ensure the poorest start making progress right away.”

Access to improved drinking water sources has been a major achievement for countries and the international community. With some 2.6 billion people having gained access since 1990, 91% of the global population now have improved drinking water – and the number is still growing. In sub-Saharan Africa, for example, 427 million people have gained access – an average of 47,000 people per day every day for 25 years.

The child survival gains have been substantial. Today, fewer than 1 000 children under 5 die each day from diarrhoea caused by inadequate water, sanitation and hygiene, compared to over 2 000 15 years ago.

“Until everyone has access to adequate sanitation facilities, the quality of water supplies will be undermined and too many people will continue to die from waterborne and water-related diseases,” said Dr Maria Neira, Director of the WHO Department of Public Health, Environmental and Social Determinants of Health.

Access to adequate water, sanitation and hygiene is critical in the prevention and care of 16 of the 17 neglected tropical diseases (NTDs), including trachoma, soil-transmitted helminths (intestinal worms) and schistosomiasis. NTDs affect more than 1.5 billion people in 149 countries, causing blindness, disfigurement, permanent disability and death.

The Report Progress on sanitation and drinking water: 2015 update and MDG assessment cab be downloaded here.

Reframing the Game: The Transition to a New Sustainable Economy – Book Review