Local Governments leading the way to a global climate solution 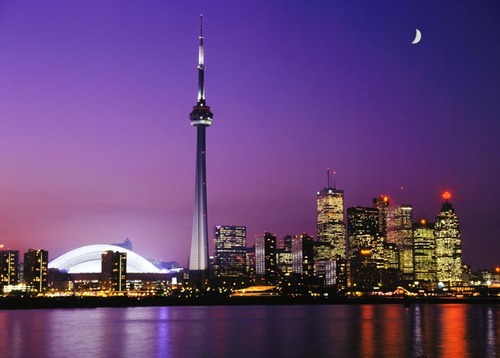 May 7, 2015 – The Canadian Province of Ontario announced last month that it would join California and Quebec in linking their cap-and-trade programs to curb greenhouse gas emissions.

The move was met with approval by carbon market watchers, as local governments showed how they could avoid the lengthy political battles sometimes faced by national governments preparing submissions to the United Nations Framework Convention on Climate Change.

At a time when governments are looking for ambition, could this sort of local government action be the start of something much bigger?

Last week, I attended the Navigating the American Carbon World (NACW) event in Los Angeles to explore whether the momentum we are seeing to price carbon is evident on the ground. I found a lot of local government leadership on climate change.

Let’s start with the host government, California, which has the largest economy-wide greenhouse gas emissions trading system (ETS) in the world. The state recently passed Russia and Italy to become the world’s eighth-largest economy, as measured in total GDP. After two years of running its system, the latest data shows that California’s economy is thriving – growing at 3.3%, compared to the U.S. national growth rate of 2.5%. At the same time, a recent assessment by Environmental Defense Fund reports that California’s economy produced 6.6% less climate pollution for every dollar of GDP in 2013 as compared to 2009.

The implementation of California’s ETS has coincided with the severe droughtthat its citizens are feeling – and we are seeing political implications in terms of much stronger support for climate action. Governor Jerry Brown issued an executive order last Wednesday speeding up the state’s already ambitious program to address climate to implement a landmark 2006 environmental law requiring an 80 percent cut in greenhouse gas emissions by 2050 from 1990 levels. Under the executive order, the state would have to get halfway there – a 40 percent reduction – by 2030.

And California is not alone in pushing for local climate action in the United States. Traditionally conservative states like Michigan, where the governor recently announced a 40% clean energy target, and Texas are ramping up renewable energy as a strategy to reduce coal imports and drive new jobs.

At the NACW, officials from Washington State and Oregon joined California on the stage to talk about their imminent plans to put a price on carbon. In Washington State, which is facing a budget deficit and transportation and education funding challenges, Governor Jay Inslee has proposed a carbon price that could generate $1.5 billion a year in revenue. Oregon is part of the Pacific Coast Collaborative and was inspired by neighbor governments to propose a market-based Clean Fuels Standard last month.

To the north in Canada, with Ontario’s announcement to join Quebec in establishing an ETS before 2017, British Columbia’s successful carbon tax, and Alberta’s Specified Gas Emitters regulation, close to 75% of Canadians will soon be living with some form of carbon pricing.

Quebec Environment Minister David Heurtel claimed that local governments like his are showing that “you can do it” – address climate change while growing economies and generating new business opportunities. Quebec’s ETS will generate CAD 3.3 billion by 2020 for the Green Fund, which will invest in clean energy, energy efficiency and new public transport. He said that even though people saw a small rise at the pump in gasoline prices, they understand the price on carbon is driving an investment in their future.

An interesting aspect of this local government leadership is that the business community largely supports their climate action.

The EDF report concludes that stable allowance prices have allowed companies in California to factor a carbon price into their business strategies and invest more in energy efficiency and clean energy. There is also a growing number of businesses eying the pot of money being generated by the California ETS – to date over $900 million from ETS auction revenues has gone into California’s Greenhouse Gas Reduction Fund, which is designed to invest in projects that achieve even greater emissions reductions while also directing at least 25% to benefit disadvantaged communities.

We have also seen a stepped-up message from major California businesses on climate – Apple recently announced it was funding a major solar farm in China as part of its strategy to buy 100% renewable energy in a profitable manner. The Silicon Valley Leadership Group, which includes Apple and other technology giants like Facebook, Google and HP, supports Governor Brown’s climate program and sees new jobs and growth possibilities resulting from climate action.

A recent survey by the Advanced Energy Economy Institute found California leads the nation in advanced energy jobs, with 430,000 workers in the clean solutions space. Between 2006, when California passed its landmark AB32 climate law, and 2013, the state received more clean technology venture capital investment than all other states combined: $21 billion vs. $19 billion for the rest of the U.S.

What is the upshot of all of this?
Government ministers and senior government officials at NACW struck a common theme in saying that the job of local governments like California, Quebec and Ontario is to manage climate risks – they see the impacts on the ground and see the cost of doing nothing as far outweighing any carbon price. They don’t believe national governments will act to fight climate in time, given the political challenges. And they are showing that climate action equals greater growth, productivity and prosperity.

These local governments are not stopping there. More than 20 cities, states and provinces have some sort of carbon pricing today, and they actively share ideas through groups like the C40 Cities Network and the Partnership for Market Readiness.

They are also encouraging other states, provinces and cites to commit to decarbonization goals that keep their economies on a 2 degree Celsius stabilization pathway.  California, for example, is working actively with governments in Mexico and China – which has seven local pilot ETS’s and plans a national system soon – to share its climate policy knowledge while forming vital intellectual and commercial links with leaders around the world.

This article was originally published in the World Bank Blog page.

Urban energy leaders to gather in Vancouver this week