Misleading Net-Zero Greenwashing Comes Under Fire from the UN 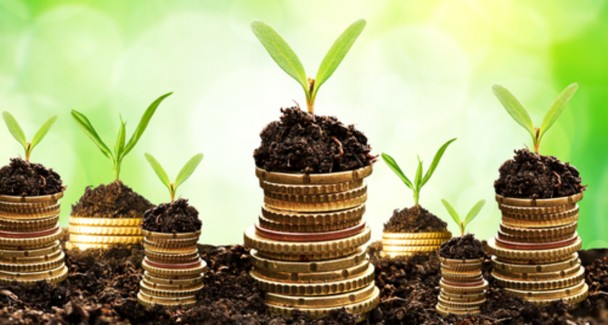 Approximately 85% of eco-conscious consumers have shifted toward greener buying habits, leading companies to adopt sustainable practices and products. While corporate sustainability is indeed commendable, only a handful of businesses are honest about their efforts.

Corporate greenwashing is rising, causing public outrage at the spread of misinformation and lies. During this year’s 27th Conference of the Parties, climatologists and activists issued a zero-tolerance statement about corporate greenwashing, calling out accused companies to do better.

Despite greenwashing being as prevalent as it is, many people need to be made aware that sustainable brands are less environmentally-friendly than they say they are. Continue reading to learn more about greenwashing and what the United Nations (U.N.) leaders had to say to bad actors.

What Is Corporate Greenwashing?

Corporate greenwashing is best defined as brands that falsify the use of sustainable materials or exaggerate their green initiatives to meet consumer demands for greener products. A recent Harris Poll commissioned by Google Cloud found 58% of global corporations admit to greenwashing — sadly, 72% of companies in the United States agree with this sentiment.

Even major enterprises like Google, Amazon, Nestle and Ikea are among the culprits, according to a NewClimate Institute report. Of the 25 companies analyzed, NewClimate discovered their 2019 self-reported carbon footprint amounted to 5% of the global greenhouse gas emissions.

Corporations greenwash to maximize profits by reaching eco-consumers, which poses a risk to the environment and people. For instance, Benjamin Moore settled complaints about its paint products they claimed were free of volatile organic compounds (VOCs) in 2018.

The company was told it couldn’t make false or misleading statements about emissions-free or VOC-free products — that products must be VOC-free before and after application to be labelled as such. Some VOCs can cause heart disease and cancer, while milder symptoms might include eye, nose and throat irritations, headaches and nausea.

The U.N. has warned companies that claiming net zero is unacceptable if they still invest in the fossil fuel industry or continue environmentally-degrading production and manufacturing. It also urges enterprises to avoid lobbying or partnering with those involved in dirty practices.

Oil and gas companies are particularly notorious for greenwashing their environmental commitments. In 2021, a congressional investigation discovered 200 internal correspondences between Shell, Exxon, B.P. and lobbyists. Among the findings, documents revealed that Exxon attempted to dodge its commitments to the Paris Agreement by pressing the Oil and Gas Climate Initiative to revise a 2019 policy.

In addition to the U.N.’s backlash against net-zero greenwashing, U.S. companies could increase their risk of litigation and hefty fines when issuing false sustainability statements that counter environmental, social and governance (ESG) regulations. For example, in May 2022, BNY Investment Advisor Inc. agreed to pay $1.5 million to settle misrepresented ESG-related statements it made about its operations.

Consumers should be aware of the signs of corporate greenwashing when purchasing products or services. Vague terms like “eco-friendly,” “natural,” and “sustainable” are often not as they appear. Likewise, some brands use natural imagery to entice consumers with a green portrayal of unsustainable practices.

Take one of Monsanto’s 2011 ads that showed a rugged-looking farmer and beautiful pastures. In the commercial, a voiceover actor talks about feeding 9 billion people with sustainable agriculture while improving growers’ lives. The ad fits the mold of “farmwashing,” as Monsanto’s practices are long known to be as far from sustainable as they can be.

Other clues a company is greenwashing is failing to provide proof or evidence of its sustainability — such as not giving product life cycle information — and holding itself at too high of a pedestal in its efforts to attain green standards.

Consumers Can Drive an End to Greenwashing

The U.N.’s messaging toward greenwashing companies is spot-on. However, consumers harbour the most power in holding companies accountable. By being aware of the signs and consciously putting sustainability ahead of buying behaviours, brands will have no other option but to transition to greener ways honestly.