More Electric Cars than Ever on Greenest Vehicles List

Washington, DC (January 27, 2016): Despite a tumultuous year for the automotive industry, manufacturers have continued to offer exciting technology options for a growing vehicle market. Today at greenercars.org, the American Council for an Energy-Efficient Economy (ACEEE) released its 19th annual comprehensive environmental ratings for vehicles. 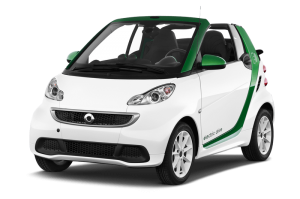 The Smart ForTwo Electric Drive tops the Greenest List for the third year in a row with an unprecedented Green Score of 63. Toyota’s Prius line performs exceedingly well once again, with the new Prius Eco nabbing the 4th spot, while the Prius C and original Prius claim spots #8 and #9. For the first time ever, the Greenest list is completely populated by plug-in and hybrid vehicles; not a single vehicle with only an internal combustion engine appears. This is partly due to the disappearance from the American market of a few of the longstanding entries on the Greenest List, including the Honda Civic Natural Gas. However, the conventional Smart ForTwo and Chevrolet Spark hover just below the Volkswagen Jetta Hybrid.

“The 2016 scores are in, and plug-in electric vehicles are outpacing all other vehicle offerings in terms of environmental friendliness. Fortunately, the electricity sector is slated to become cleaner over the life of model year 2016 vehicles, thanks to the Clean Power Plan, and that has bumped up electric vehicles’ green scores this year. Nevertheless, it’s important to acknowledge that how green your electric vehicle truly is depends on the electricity it uses to charge,” said ACEEE lead vehicle analyst Shruti Vaidyanathan.

The newest additions to the list are the Volkswagen eGolf and the Kia’s Soul electric vehicle, which claim the #5 and #7 spots respectively. This year marks the first time a Kia vehicle has earned a top spot since 2009. The improved 2016 Chevrolet Volt also nabs a spot this year (#11) thanks to significant increases in fuel economy and its new streamlined vehicle design. Once again this year, a diverse array of manufacturers are represented among the top 12 vehicles, including two American manufacturers. 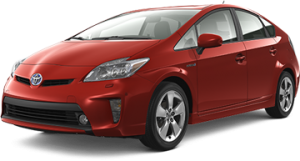 Modern clean diesels have repeatedly placed well in ACEEE’s annual rankings, only a few places away from the “Greenest” list. However, following the EPA announcement that Volkswagen has cheated federal emissions standards since 2009 with the use of defeat devices, greenercars.org suspended its Green Scores for all affected VW, Audi, and Porsche diesel models.

Greenercars.org identifies practical options in each class among the top widely available, automatic transmission, petroleum-fueled models, since many of the vehicles on the Greenest list are not widely available. The Greener Choices list includes trucks and SUVs, such as the Chevrolet Trax and the GMC Canyon. The gasoline-powered Chevrolet Spark and Honda Fit top their respective car classes. As the list demonstrates, consumers can make greener choices whatever their vehicle needs may be. Domestic manufacturers claimed five of the 12 Greener Choices spots: 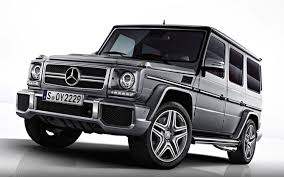 Greenercars.org provides the facts necessary to examine the eco-performance of any 2016 model. The site assigns each vehicle a Green Score, a single measure that incorporates lifecycle greenhouse gas and criteria pollutant emissions. Updates to this year’s methodology include new estimates of emissions from fuel sourcing, transportation, and distribution as well as Clean Power Plan adjustments to electricity emissions.

The Meanest List this year is comprised of one pickup, heavier medium-duty vehicles, and a handful of European sports cars that are the least friendly to the environment. Vehicles with very low sales units are omitted from this list, and this year Class 2b pickups weighing above 8,500 lbs. were not rated:

In addition to highlighting the year’s Greenest, Meanest, Greener Choices, and best-in-class lists, the greenercars.org website features informative write-ups on model year 2016 highlights, a consumer primer on vehicles and the environment, and advice on how to buy green when shopping for a new car or truck.

Green Scores of the 1,000+ configurations of all model year 2016 vehicles are available for free in the greenercars.org interactive database, along with each configuration’s fuel economy, health-related pollution impacts, and greenhouse gas emissions. Visitors to the database can also build custom lists for comparing vehicles.